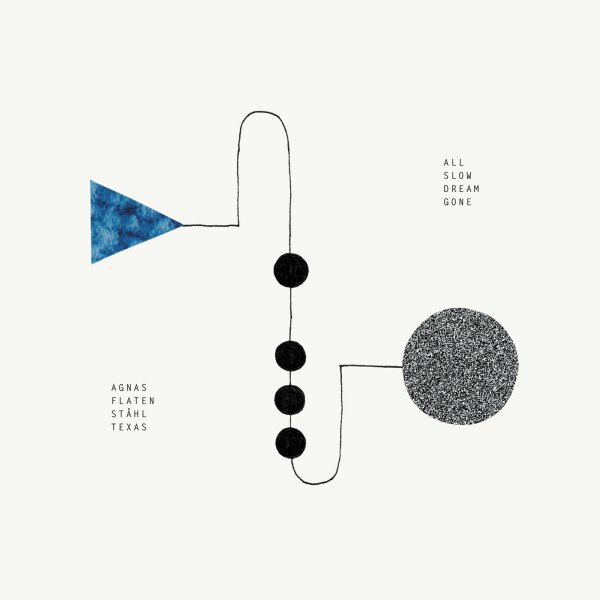 The sound here is wonderful – a combination of elements from players we already love, but in a different way than some of their other records! One of the most distinct elements of the set comes from the work of Per Texas Johansson – who plays a variety of clarinets throughout, and evokes a sense of postwar modernism, especially as he combines with the vibes of Matthias Stahl – which are every bit as delightful here as on other records, yet again nicely different. Ingebrigt Haker Flaten has a lot more space and gentle swing than usual – and we're guessing a lot of credit for the record goes to the work of drummer Konrad Agnas – whose open style on the kit only seems to increase the sense of late 50s modernist experimentation on the record. Titles include "Slow", "Gone", "Tea", "Foolin", "Skin", "Deep", and "All".  © 1996-2023, Dusty Groove, Inc.

Wild East
Moserobie (Sweden), 2022. New Copy
CD...$18.99 19.99
A record with a killer combination at the core – the tenor of Jonas Kullhammar and Hammond work of Steiner Nickelsen – both players who take this familiar pairing and really find a way to make something new! Yet that's also often the point of some of the best records on Kullhammar's ... CD

On The Asylum
Moserobie (Sweden), 2021. New Copy
CD...$18.99 19.99 (LP...$11.99)
A really great change in the music of Swedish guitarist Johan Lindstrom – music that expands the vision of his previous record, and also explores some more song-based territory – while still allowing for lots of musical contributions from other players we love on the Moserobie label! ... CD

Cookin With Jaws & Queen – The Legendary Prestige Cookbook Albums (4CD set)
Prestige/Craft, Late 50s. New Copy 4CD
CD...$53.99 59.99
A beautiful tribute to one of the first great pairings of Hammond and tenor – the saxophone of Eddie Lockjaw Davis and the organ of Shirley Scott – presented here in four classic albums that would forever change the face of jazz! The "cookbook" in the title is a reference to ... CD

Dance Kobina
Blue Note, 2023. New Copy
CD...$12.99 13.99
A fresh new chapter of the long legacy of drummer Joe Chambers – a key instrumental force in the hipper reaches of the Blue Note label in the late 60s, but an artist who seems to finally be catching up with his own work as a leader after all these years! Joe is every bit as wonderful here as ... CD

Live At The Detroit Jazz Festival
Candid, 2022. New Copy
CD...$14.99 15.99 (LP...$31.99)
A really unique lineup, coming together in a really unique performance – one that definitely pushes the boundaries of all artists involved, and makes for music that's beyond any expectations you might have for the players! The tracks are long, and the music is often quite free and improvised ... CD