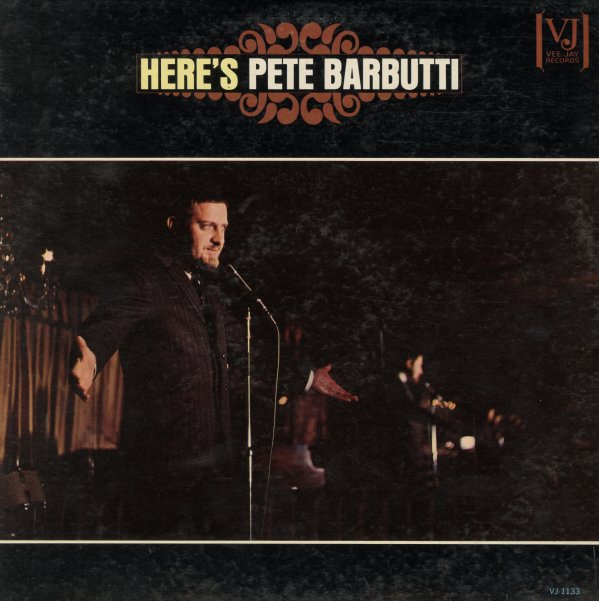 (Cover has light wear, some aging, and a cutout hole.)

Moms Mabley At The UN
Chess, 1960. Very Good+
LP...$1.99
No, Moms isn't storming the United Nations – but she is caught live here, in a 1960 performance at the Uptown Theatre in Philly. The material isn't has hard and heavy as later stuff, but her spirit and fire is still there, and the album's noteworthy in that it's an early attempt by Chess to ... LP, Vinyl record album

Mickey Katz & His Orchestra
Capitol, Early 50s. Very Good+
LP...$4.99
Mickey Katz's first full LP for Capitol – a collection of early singles, many of which were parodies of famous songs of the time, redone with a borscht belt twist! The instrumentation features quite a bit of Mickey's clarinet – and when he's not camping it up in a Spike Jones mode, he's ... LP, Vinyl record album

World's Greatest Clown
Chess, 1962. Near Mint-
LP...$2.99
Early genius from Pigmeat Markham – a classic performance at the Apollo Theater, recorded by Chess in a style that would set the tone for countless imitations to come! The cover has kind of a "sad clown" sort of look, but Pigmeat's in full force on a series of routines that include ... LP, Vinyl record album

One and Only – Mr Sound Effects
Chicago Stereo Mastering, 1969. Very Good
LP...$6.99
(Cover has light wear and appears to have been signed by the artist. Labels have some marker.) LP, Vinyl record album