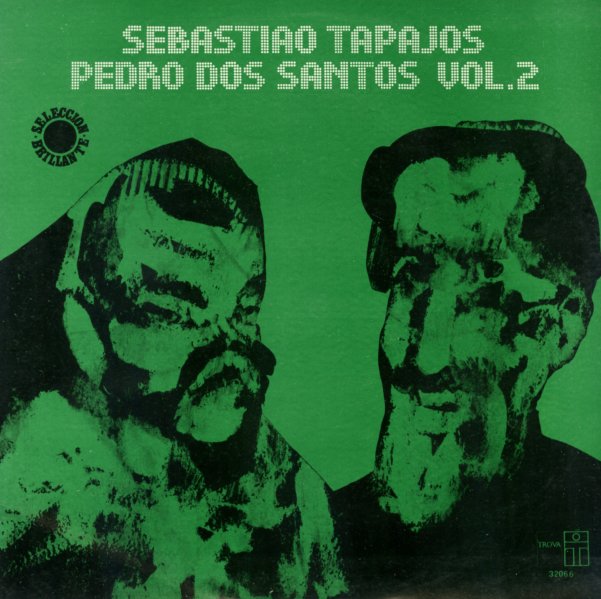 Brazilian guitarist Sebastiao Tapajos usually records in a relatively mellow mode – but here, he's working with percussive backings from Pedro Dos Santos – who plays a wide variety of instruments, and really adds a lot to the sound of the set! There's kind of a bossa guitar with percussion vibe to the record – although Tapajos' style always moves past just straight bossa – and Pedro handles all sorts of percussion elements, and even brings in some cool vocal effects – on titles that include "Escola De Samba", "Laberinto", "Catedral", "Dora/Saudade Da Bahia", "Ganga", "Rio Das Ostras" "Emboscada", "Feitio De Oracoa", and "Sambaden". Features 9 bonus tracks – including "Ganga", "Catedral", "Samba Do Aviao", "Laberinto", "Cancion Del Fuego Fatuo", and "Tornei A Caminhar".  © 1996-2022, Dusty Groove, Inc.

Wave
CTI/A&M, 1967. New Copy
CD...$5.99 14.98
A stunning mix of talents that brings the heavenly piano and guitar of Antonio Carlos Jobim into play with the lush, but light arrangements of Claus Ogerman – a swirling mix of post-bossa loveliness that redefines Jobim's sound, and opens up new avenues for exploration in sound! The ... CD