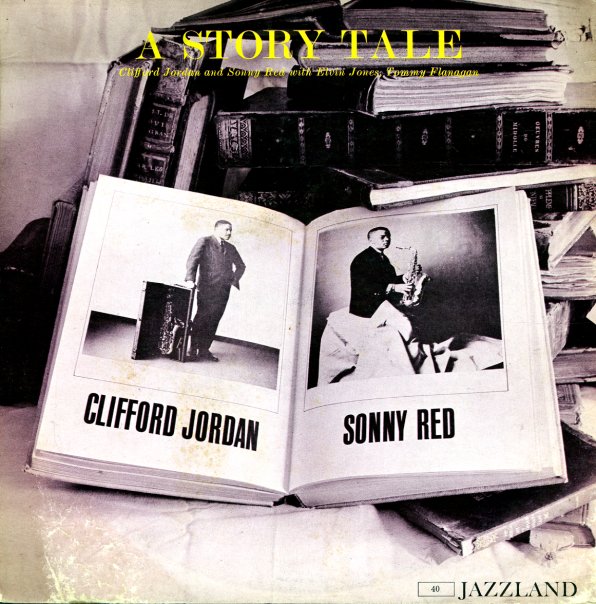 A brilliant collaboration between Clifford Jordan and Sonny Red! At the time of this recording, Jordan was one of a number of firey young tenor players from Chicago – all of them hard-blowing, with a nice soulful bottom that opened up a bop sound to more moods and emotions – but Jordan stood apart from most of them with an approach that was decidedly more complex and forward-thinking. As you'll hear on the album's tracks, he wasn't content enough to just blow off a riff – but had to twist things up a bit, working a tune for more shades and colors than it might yield with another player, pushing on the proceedings with an edge that works especially well for Red, who opens up here more than he does on some of his other sides from the time. Red's tone is excellent – a sharper one next to Jordan's more supple blowing – and the pair are a perfect team to lead off tunes like "Prints", "Hip Pockets", "A Story Tale", and "Defiance".  © 1996-2021, Dusty Groove, Inc.
(Maroon label stereo Orpheum pressing.)

Soprano Sax
Pablo, 1976. Near Mint-
LP...$7.99
A rare treat from Zoot Sims – an album of soprano sax material, recorded in striking contrast to his more familiar tenor! The sound is oddly more traditional than usual – and unlike many other players in the 70s, Sims doesn't use the soprano in a Coltrane-inspired mode, but in a way ... LP, Vinyl record album

This Is Always
Gemini (Norway), 1984. Near Mint-
LP...$9.99
With Nerem on tenor, Eivin Sannes on piano, Terje Venaas on bass, and Egil Johansen on drums. LP, Vinyl record album