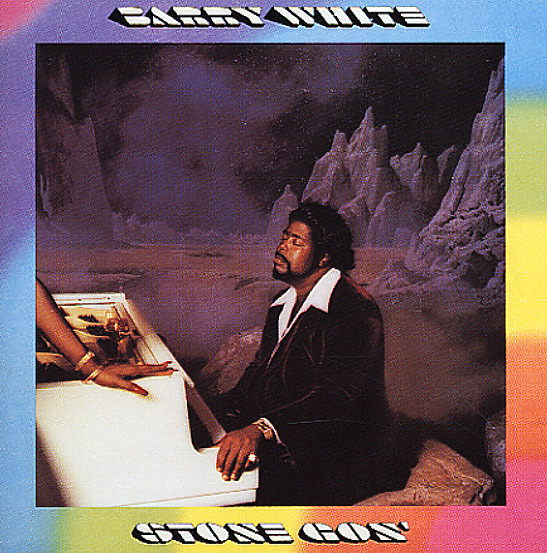 One of The Maestro's true materpieces! Fragile, sexy, sinful soul, held together by interwoven strings and keyboard lines, with Barry's voice over the top like rich cream on a sweet piece of cake. Includes the long versions of "Honey Please, Can't Ya See" and "Never, Never Gonna Give You Up", plus "Hard To Believe That I Found You".  © 1996-2022, Dusty Groove, Inc.
(In the original quad-fold cover, with the heavy inner sleeve. Cover has some glue residue around the edges.)

Under The Influence Of Love Unlimited
20th Century, 1973. Very Good
LP...$6.99
Great stuff from the girls who first put Barry White on the map! The record is the group's second – and by this point, Barry had developed that tight snapping drum sound that made his orchestral albums work so well. You'll hear it to good effect on most songs on the LP, which have a great ... LP, Vinyl record album

I Touched A Dream
20th Century, 1980. Very Good
LP...$4.99
One thing about The Dells – they were always great! Even here, at the end of the 70s, in settings that are less perfect than their classic work for Cadet or Vee Jay, the group still sound wonderful – more daring vocally than most other harmony groups at the time, cutting through some ... LP, Vinyl record album

In Heat
20th Century, 1974. Near Mint-
LP...$11.99 (CD...$13.99)
Classic 70s female soul – and one of the best albums ever recorded by Love Unlimited – a trio of ladies recording with Barry White during his glory years! The album's got a really incredible approach – partly in the mode of older female group soul, but also done with a hipper, ... LP, Vinyl record album

My Sweet Summer Suite
20th Century, 1976. Very Good+
LP...$6.99 9.99
A wonderful album by Barry White – a bit later than some of the early 70s hits, but one of his most satisfying records overall! The perpetual favorite on the album is the great groover "Strange Games & Things", a slow sly funky track that's been sampled often over the years, ... LP, Vinyl record album

Together Brothers – Original Soundtrack
20th Century, 1974. Very Good+
LP...$14.99 19.99
A stunner of a soundtrack from the maestro Barry White – his only entry into the blacksploitation film genre of the 70s, and a complete doozy throughout! For the album, Barry's stripped down the bigger space of his own records, and his Love Unlimited productions – into some shorter ... LP, Vinyl record album

Get Down
Chi Sound/20th Century, 1978. Very Good+
LP...$1.99
The legendary Gene Chandler gets down, and gets down good – in this classic late 70s set of clubby numbers and upbeat groovers! The set's one of the best moments on the Chi-Soul series from producer Carl Davis – and features a nicely evolved version of earlier Chicago soul modes from ... LP, Vinyl record album

Rudy Ray Moore Zodiac Album
Kent, Mid 70s. Very Good+
LP...$39.99
One of the best of the Rudy Ray Moore raunchy party albums from the 70s, and one that must be seen to be believed! The cover has "Rudy" standing nude with "The Madam" – but the man on the front really isn't Rudy, as you can plainly see that his face has been pasted over ... LP, Vinyl record album