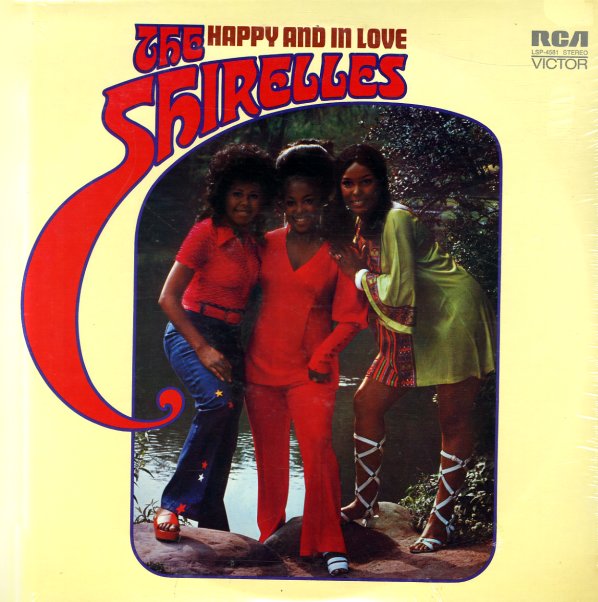 A great second chapter for The Shirelles – hardly the girl group pop they cut in the 60s, and instead a more righteous soul style for the 70s – in a mode that's like Honey Cone or Three Degrees! The backings are nice and soulful – almost funky at times – with arrangements from George Andrews and Joe Scott that mix fuller strings with tighter grooves at the core – in a way that really sets the vocals free amidst some very interesting material! Had the girls only cut this record, it might have been a 70s soul hit – but it's unfortunately gotten lost to the shifting sands of time because it's not as iconic as their hits. Don't make that mistake, though, because the album's a real charmer – and titles include "Boy You're Too Young", "There's Nothing In This World", "It's Gonna Take A Miracle", "Take Me", "We Got A Lot Of Lovin To Do", and "Strange I Still Love You".  © 1996-2022, Dusty Groove, Inc.
(Sealed original pressing! Cover has a cutout notch.)

Shirelles Greatest Hits
Scepter, Mid 60s. Very Good+
LP...$14.99
A nice collection of tracks from this classic girl group, and one that has some nice lesser-known cuts mixed in with the chart busters. 15 tracks in all, including "Will You Love Me Tomorrow", "Stop The Music", "Dedicated To The One I Love", "Everybody Loves A ... LP, Vinyl record album