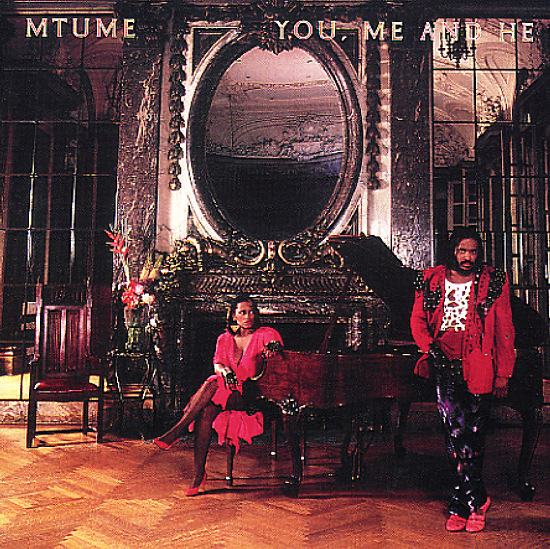 Proof that the move to soul was actually a great thing for James Mtume – because although the set's miles from his spiritual jazz work of the 70s, it more than makes up for that shift with a sophisticated approach to 80s soul! The group's a small one, with lots of keyboards from Mtume, and a fair bit of bass at the bottom – and lead vocals are by James and Tawatha, who brings a nice sense of female sweetness to the set. The whole thing's got a very seductive slow jam electro feel, and includes loads of nice cuts like "You Are My Sunshine", "You, Me, & He", "Prime Time", "Sweet For You and Me", and "C.O.D. (I'll Deliver)".  © 1996-2022, Dusty Groove, Inc.
(Includes the printed inner sleeve. Cover has light wear and a promo stamp.)

Whole New Thing (black cover)
Epic, 1967. Very Good+
LP...$89.99
A Whole New Thing, indeed – the first album ever from Sly &The Family Stone – and a record that would forever change the face of pop, funk, and soul music! Even at this early point, all the group's best energy is firmly in place – a mad mix of raw funky roots with righteous ... LP, Vinyl record album

Mother's Finest (Epic)
Epic, 1976. Very Good+
LP...$7.99
One of the hardest, heaviest soul groups of the 70s – so much so that their music often has a fair bit of rockish touches too – especially in the guitars, which are nice and fuzzy! Lead singer Joyce Kennedy is a killer throughout – almost rivaling Nona Hendryx for unbridled ... LP, Vinyl record album