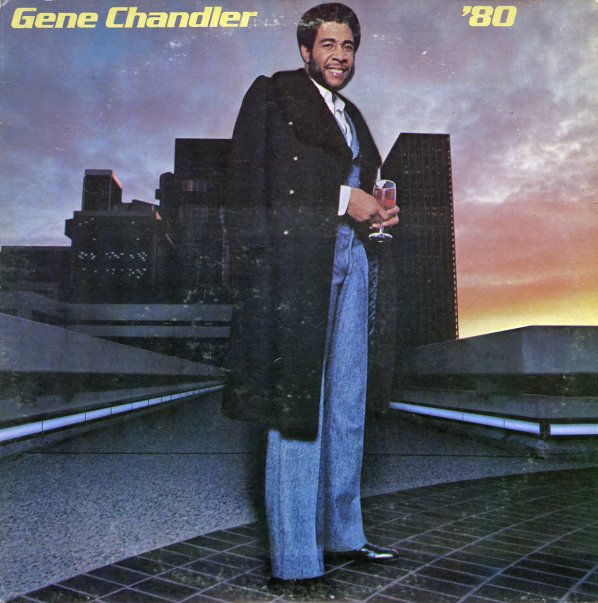 A nice record of modern soul that got a bit overlooked at the time because of the poor fate of the Chi-Sound label. The record's filled with Chicago soul talent like Tom Tom 84, Sonny Sanders, and Carl Davis, and it's a good updating of Gene's Chicago soul sound towards a style that's more modern soul-oriented. We've got a huge soft spot for the track "Does She Have A Friend?", which is a nice two-step groover, and the LP includes a number of other nice ones like "All About The Paper", "Let Me Make Love to You", and a remake of his classic, called "Rainbow '80".  © 1996-2022, Dusty Groove, Inc.
(Still sealed, with a small Best Entertainment Value sticker. Cover has a small cutout notch.)

Together Brothers – Original Soundtrack
20th Century, 1974. Very Good+
LP...$19.99
A stunner of a soundtrack from the maestro Barry White – his only entry into the blacksploitation film genre of the 70s, and a complete doozy throughout! For the album, Barry's stripped down the bigger space of his own records, and his Love Unlimited productions – into some shorter ... LP, Vinyl record album

Good To See You
Chi Sound/United Artists, 1978. Sealed
LP...$2.99 4.99
Sophisticated soul from the great Walter Jackson – one of the best voices ever to come out of the Chicago soul scene, and a wonderful interpreter of just about any material! The record's got some wonderful arrangements by Riley Hampton – who worked with Jackson on his earlier sessions ... LP, Vinyl record album