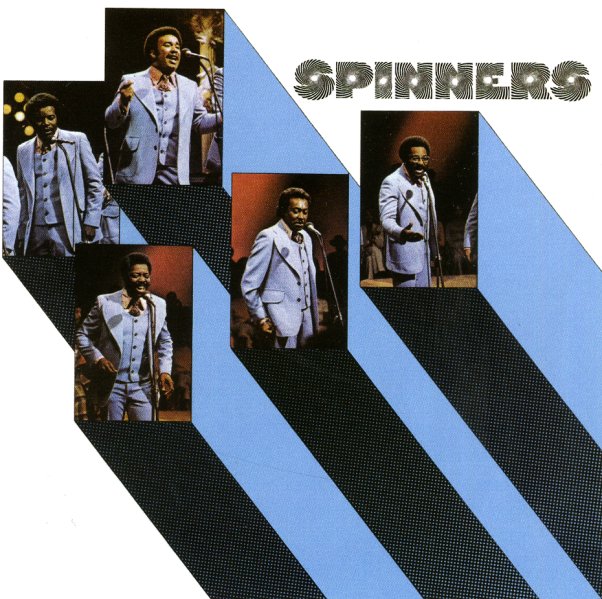 Also available
Spinners — Spinners ... CD 14.99
A landmark album from The Spinners – one that has the Detroit vocal group making a hip trip to the Philly scene – picking up a whole new sound and rich new energy in the process! A few years later, working in Philly studios would be common for many artists – but this self-titled Spinners set really helped launch the trend – and for good reason, too – given the strength of the production and arrangements from the legendary Thom Bell! Bell's at his best here – helping the group reach whole new territory in their wonderful harmonies – and backing them up with some of the best musicians the Sigma Sound Studios had to offer. The album's overflowing with hits – like "One Of A Kind (Love Affair)" and "Could It Be I'm Falling In Love" – but it's also got some excellent lesser-known material too, like the extended "I Could Never (Repay Your Love)" and "We Belong Together". Other cuts include "Ghetto Child", "Just You & Me Baby", "I'll Be Around", and "Just Can't Get You Out Of My Mind".  © 1996-2023, Dusty Groove, Inc.
(Broadway label pressing. Cover has some wear and aging, split seams, some light stains, and names written in marker in front.)

Spinners Live!
Atlantic, 1975. Very Good+ 2LP Gatefold
LP...$3.99
A fascinating little record by The Spinners – and a real contrast to some of their other Atlantic albums! The set has them stepping out of the tightly controlled studio sound of their Philly albums – still working with Thom Bell on production, but doing so in a freer sort of live ... LP, Vinyl record album

It's A Shame
Pickwick, Late 60s. Very Good
LP...$1.99
Not a Motown pressing, but still a good Pickwick issue that contains most of their best cuts from the pre-Atlantic days. Worth it alone for "It's A Shame", but there's also loads of other nice ones, including "Ooh Child", "(She's Gonna Love Me) At Sundown", "Bad, ... LP, Vinyl record album

Whole World's Dancing
Atlantic, 1979. Very Good+
LP...$0.99
The Trammps are still burning strong at the end of the 70s – never losing their Philly groove despite a run on the charts and much bigger fame than most of their contemporaries – and in a way, the album's almost a back-to-basics affair that's pure Philly all the way! Arrangements here ... LP, Vinyl record album