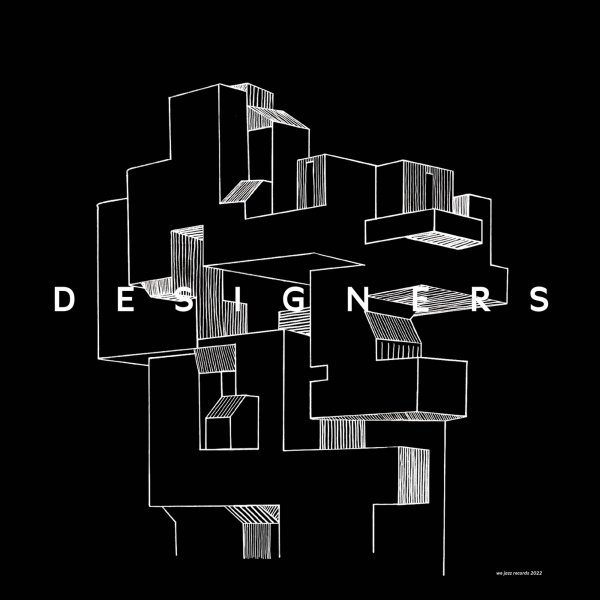 Also available
Designers — Designers (white & black marbled vinyl pressing) ... LP 23.99
The cover's got a very modern look, and the group have a very modern sound – a reworking of the older piano trio mode with a very rhythmic pulse to their music throughout! The trio features Joachim Florent on bass, Will Guthrie on drums, and Aki Rissanen on piano – and the instruments work together in this pulsating, cyclical style – part jazz performance, but also part Steve Reich – which makes for incredibly captivating music throughout! The bass is very important to the sound, especially in the way it carves out the tunes almost as blocks of sound – which build and build in really magical ways. Titles include "Lebanon", "Procession", "Folk Song", "Engrenages", "Moulindjek", and "White Keys".  © 1996-2023, Dusty Groove, Inc.

Cookin With Jaws & Queen – The Legendary Prestige Cookbook Albums (4CD set)
Prestige/Craft, Late 50s. New Copy 4CD
CD...$53.99 59.99
A beautiful tribute to one of the first great pairings of Hammond and tenor – the saxophone of Eddie Lockjaw Davis and the organ of Shirley Scott – presented here in four classic albums that would forever change the face of jazz! The "cookbook" in the title is a reference to ... CD

Dance Kobina
Blue Note, 2023. New Copy
CD...$12.99 13.99
A fresh new chapter of the long legacy of drummer Joe Chambers – a key instrumental force in the hipper reaches of the Blue Note label in the late 60s, but an artist who seems to finally be catching up with his own work as a leader after all these years! Joe is every bit as wonderful here as ... CD