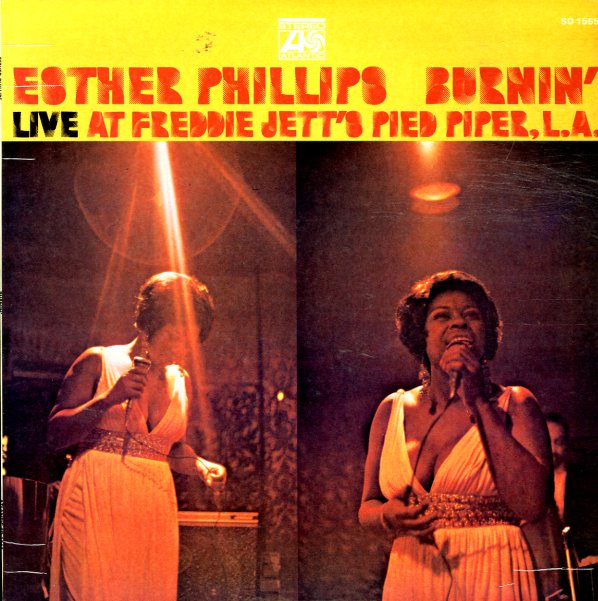 A key moment in the career of Esther Phillips – and a record that really has her shaking off the rougher bluesy styles of the earlier years, and pointing the way towards strong jazz success in the 70s! The album's definitely burnin, but with a sophisticated vibe too – as Esther works with backing from a small combo that includes Jack Wilson on piano, Richard Tee on organ, Chuck Rainey on bass, and Cornell Dupree on guitar – a lineup that almost hits the same vibe as her later work on CTI/Kudu – and which brings out a new depth in Esther's vocals that's simply amazing! There's a heartbreaking quality to most of the numbers – a mix of roots and class, depth and poise – all served up in a style that's unlike any other singer before or since. Titles include "Don't Let Me Lose This Dream", "And I Love Him", "Shangri-La", "I'm Getting Long Alright", and "Please Send Me Someone To Love".  © 1996-2022, Dusty Groove, Inc.
(Red and green Broadway pressing. Cover has light wear.)

Reflections Of Country & Western Greats
Lenox/Ember (UK), 1962. Near Mint-
LP...$49.99
A landmark album – not only for Esther Phillips, who's emerging here as a gifted young lady, very different from her R&B years, but also for the genre of country soul, which was emerging to be one of the most important strands in the new music during the 60s! Esther's not fooling around ... LP, Vinyl record album

Performance
Kudu, 1974. Very Good+
LP...$9.99
Not a live album – as you might think from the title – but a tight batch of tunes that shows the full funk and soul talents of the legendary Esther Phillips! The album's got a nicely dark undercurrent at times – a sound that's not as smooth as some of Esther's other Kudu albums ... LP, Vinyl record album

For All We Know
Kudu, 1975. Near Mint-
LP...$7.99
Smooth and sophisticated grooving from Esther Phillips – a record that really has her shaking off the rag-tag and rootsy modes of earlier years, and gliding sweetly into the mainstream! Phillips' vocals are still as soulful and compelling as ever, but the backings are quite full – ... LP, Vinyl record album