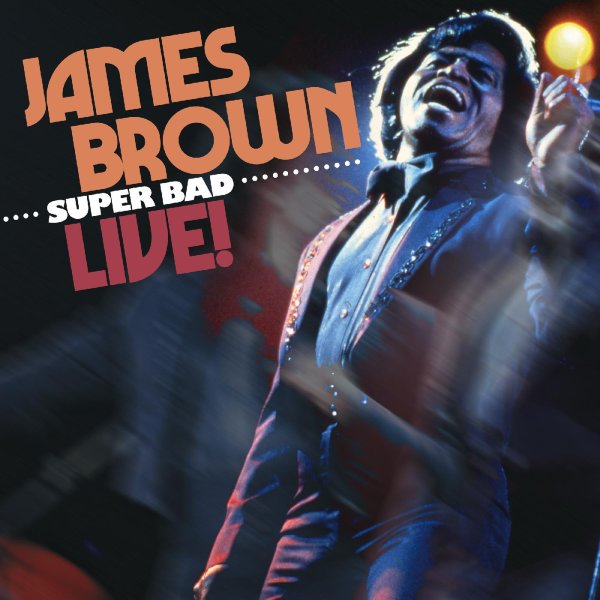 A great later document of the power of James Brown in a live setting – an early 80s concert that really cooks strongly all the way through – bubbling over with the sort of non-stop energy that James was bringing to his live albums from the Apollo Theater onward! The group isn't listed on the package, but have all the tightness of the James Brown Band of the late 60s and the JBs of the 70s – and the Godfather is clearly directing them all with his signals from the front of the stage, while he simultaneously knocks it out of the park with his vocals! There's plenty of funky classics throughout – and titles include "I Can't Stand Myself", "Payback", "Jam", "Get On The Good Foot", "Get Up Offa That Thing", "Hot Pants", "Super Bad", "Papa's Got A Brand New Bag", "It's Too Funky In Here", "Gonna Have A Funky Good Time", and "Give It Up Or Turnit A Loose".  © 1996-2023, Dusty Groove, Inc.

James Brown – Live At Home With His Bad Self
Polydor, 1969. New Copy
CD...$13.99 14.99 (CD...$9.99)
A rare lost treasure from James Brown – the full, unedited version of a live concert that was cut up and butchered for the Sex Machine album – presented here for the first time ever, with a huge amount of never-issued tunes! Sex Machine was one of those "fake" concert albums ... CD