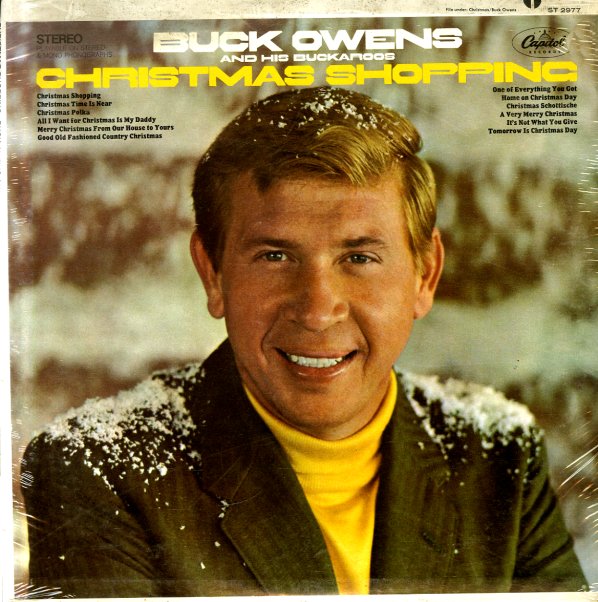 One of our favorite Christmas albums of the 60s – and a set that's maybe every bit as great as the non-Holiday albums that Buck Owens was cutting for Capitol Records at the time! The title track "Christmas Shopping" is the kind of dated Holiday tune that we really like – a mad little number with a tight riffing approach, and some silly lyrics about buying too many presents – and other tracks are more in the serious country mode of Buck's other work at Capitol – and have some great original lyrics that make the album a fresh album of tunes that will soon be new Christmas favorites! Buck's mix of fast-moving groove and heartfelt vocals is wonderful – and titles include "A Very Merry Christmas", "Christmas Time Is Near", "The Jolly Christmas Polka", "All I Want for Christmas Is My Daddy", and "One Of Everything You've Got".  © 1996-2022, Dusty Groove, Inc.

Have Yourself A Swingin Little Christmas
Bear Family (Germany), Late 30s/1940s/1950s. New Copy
LP...$21.99 24.99 (CD...$8.99)
The ghost of Christmas past comes back to haunt us – but in the grooviest way possible, thanks to a fab selection of old school Holiday tunes from the folks at Bear Family! The music here is mostly from the 40s and 50s – and is mostly vocal overall, sung by artists who move through ... LP, Vinyl record album

Season's Greetings – Here Comes Santa Claus – 14 Swinging Chestnuts (red vinyl pressing)
Bear Family (Germany), Late 40s/1950s/Early 60s. New Copy
LP...$25.99 29.99
Here Comes Santa Claus – and a heck of a lot of other folks too – all served up here in a mighty nice collection of Holiday goodies from the postwar years – classic singles and LP cuts, all served up in a mix of jazz, vocal, and R&B modes! The set's a great entry in the ... LP, Vinyl record album