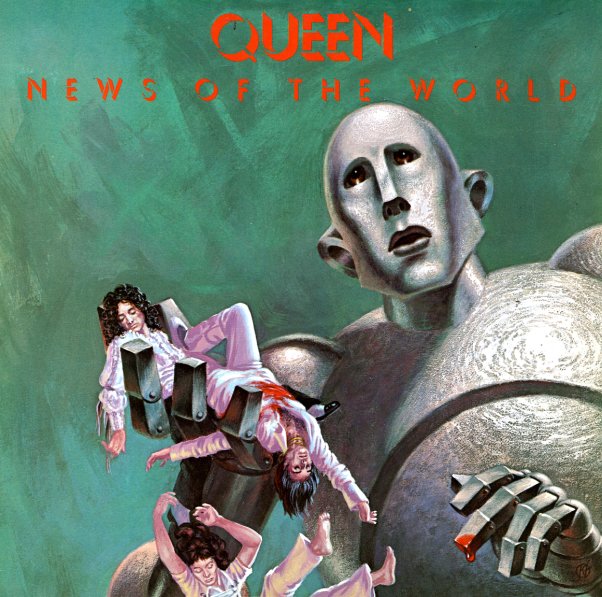 Also available
Queen — News Of The World ... LP 33.99
A landmark album from Queen – a set conceived when the group were already at the top of their game, and willing to not only lean into their strengths, but also take a few chances by slimming things down, and really bringing the focus onto the guitar work, vocals, and heavy rhythms that continue to make the quartet the stuff of legend! Those qualities come through right away on the album's first two tracks – the instant classics "We Will Rock You" and "We Are The Champions" – followed by plenty more greatness on titles that include the ultimate take on "Sheer Heart Attack", and the cuts "My Melancholy Blues", "It's Late", "Who Needs You", Fight From The Inside", "Spread Your Wings", "All Dead All Dead", and "Get Down Make Love".  © 1996-2023, Dusty Groove, Inc.

Queen (180 gram pressing)
Elektra/Hollywood, 1973. New Copy (reissue)
LP...$24.99 29.99 (LP...$29.99)
The start of a legendary run of records from Queen – a set that's maybe not as archetypically the group's work as mid 70s albums to come – but which is still a hell of a way to put themselves out for the rest of the world to hear! The intensity of their musical performance is already ... LP, Vinyl record album