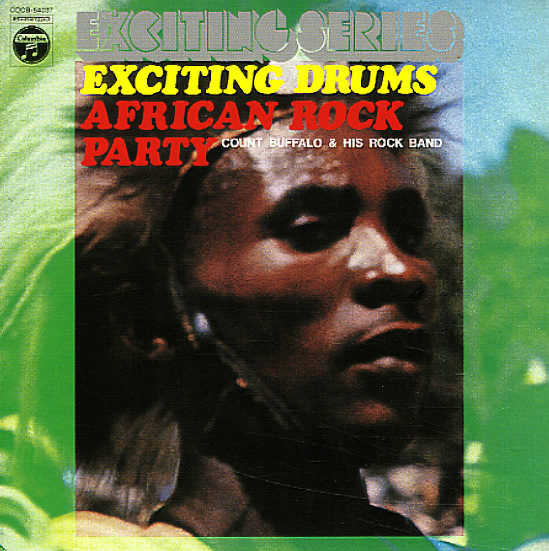 The drums are definitely exciting here – really tight rhythms that drive most of these cuts into a funky frenzy – even if the groove is more based on American soul of the late 60s than the African rock promised in the title! Most of the tunes are covers, but remade here as really hip instrumentals – often with bold work from the Count on his drum kit – which then sets fire to the larger group's blend of tight horns and electric rhythmic instrumentation – all coming across with that perfect cusp of the 70s Japanese jazz sound we love so much! Most tracks are shortish, and very groovy – and titles include "The Cat", "Touch Me", "Amen", "Soul Limbo", "Hold Tight", "Otis Sleep On", "Sidewinder", "Going Up The Country", and "Windy".  © 1996-2023, Dusty Groove, Inc.