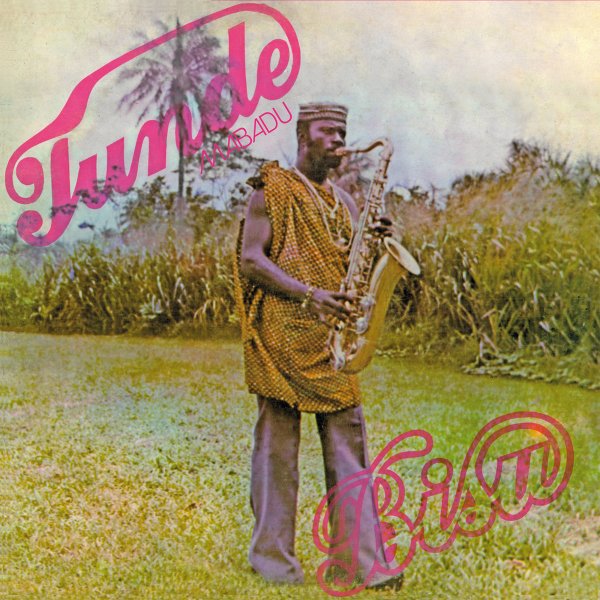 That's Tunde Mabadu holding a heavy tenor sax on the cover – an instrument which he uses wonderfully on the album's offbeat funky grooves, most of which are very different than more conventional Afro Funk of the time! There's often a slinky midtempo groove to the music – perfect for Tunde's instrumental solos, and his vocals too – and the instrumentation often has cool use of keyboards that come across as more electronic than other keys of the time – nice and thin, with almost a sci-fi vibe at times, in comparison to the other instruments on the record! The rest of the instrumentation is nice and lean too – added trumpet, bass, and plenty of percussion – on titles that include "Vicky", "Ise Orise", "Blue Bird", "Bisu Omi", and "Red Jeans".  © 1996-2023, Dusty Groove, Inc.