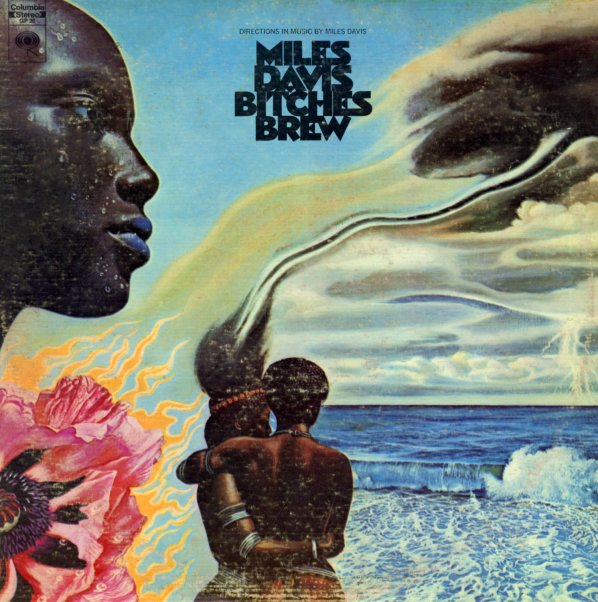 Also available
Miles Davis — Bitches Brew ... LP 79.99
Miles Davis — Bitches Brew (with bonus track) ... CD 9.99
One of the few cases in jazz where an oft-played classic still resonates with power! The record itself is a key cap to Miles Davis' already-groundbreaking years of the 60s – a bold step forward, not just for his nascent electric sound, but also for jazz in general – and the benchmark by which so many other records would be judged (and fail) in years to come! The double-length set makes full use of all four sides of the record – expanding the flow (as well as the lineup) of the original Davis modal vision – and using all players to amazing effect, so much so that most players here turn out some of their best recorded work ever! The lineup is virtually a whose who for the sound of fusion in the 70s – including Wayne Shorter on soprano sax, Bennie Maupin on bass clarinet, Joe Zawinul and Chick Corea on keyboards, John McLaughlin on guitar, Dave Holland on bass, and Lenny White and Jack DeJohnette on drums – plus Jumma Santos and Don Alias on added percussion. Titles include "Pharaoh's Dance", "Spanish Key", "Sanctuary", "Bitches Brew", "John McLaughlin", and "Miles Runs the Voodoo Down".  © 1996-2023, Dusty Groove, Inc.

Live Evil (teal vinyl pressing)
Columbia, 1972. New Copy 2LP Gatefold (reissue)
LP...$27.99 29.99 (LP...$39.99)
A beautiful live representation of the energy of the Bitches Brew years – one that has Miles Davis and the group really letting loose with free-flowing, modally-inspired lines – cooking up an incredible blend of acoustic and electric sounds at once! There's a bit of funk here, but not ... LP, Vinyl record album