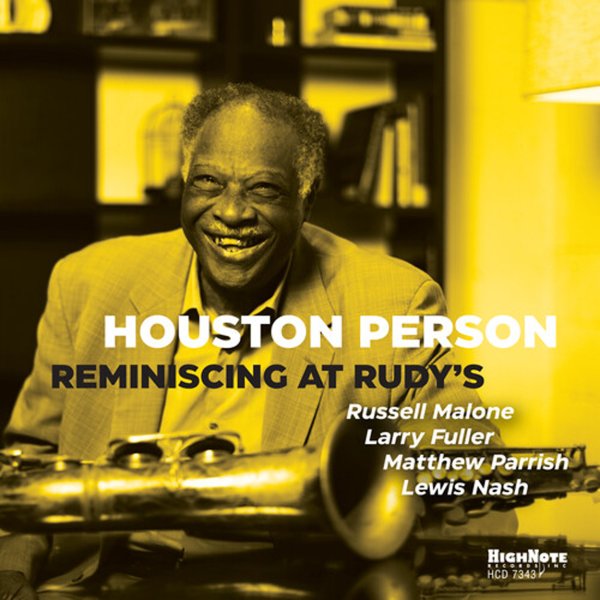 Tenor giant Houston Person cut many albums over the years at the legendary studios of Rudy Van Gelder – and here, even though Rudy's passed on, Houston's in a very comfortable setting – blowing these wonderfully easygoing-lines on the tenor, with the kind of backing that always seems to have him at his simple, unadorned best! The group's a quintet – with Russell Malone on guitar, Larry Fuller on piano, Matthew Parrish on bass, and Lewis Nash on drums – the latter of whom takes a surprisingly great vocal turn on the tune "Nothing Ever Changes My Love For You" – then leaves Person and the other instrumentalists to do all the "singing" on other tracks – soloing nicely on "Reminiscing At Rudy's", "At Long Last Love", "Again", "Moon River", "I'll Let You Know", and "Put Your Head On My Shoulder".  © 1996-2023, Dusty Groove, Inc.