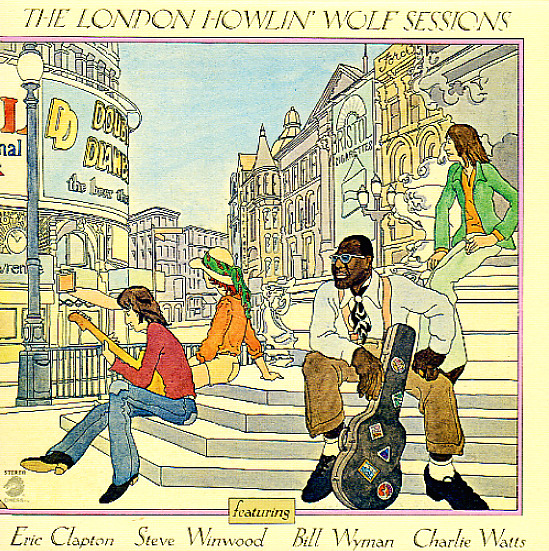 A famous date that showcases the Chess Records influence on the sound of the Brit rock scene – one that has a number of key players "giving back" to the label, and working on a special date with Howlin Wolf! Wolf's rough vocals are in the lead on all tracks, and he also plays a bit of harmonica and guitar as well – and other artists include Steve Winwood on piano and organ, Eric Clapton on guitar, Bill Wyman on bass, and Charlie Watts on drums – all players who are respectful of the original bluesy sound of Chess, and who clearly dig the opportunity to show off their chops in the setting. Titles include "I Ain't Superstitious", "Poor Boy", "Do The Do", "Red Rooster", "Built For Comfort", "What A Woman", "Highway 49", "Who's Been Talking", and "Rocking Daddy".  © 1996-2023, Dusty Groove, Inc.
(Limited edition of 1000 – on heavyweight vinyl!)