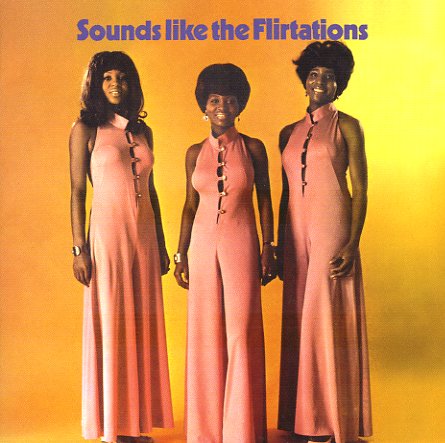 Killer work from The Flirtations – originally an American group, but one who made a hip step to the UK in the mid 60s – where they began backing a lot of big artists, and also recorded this rare gem on their own! The sound is a wonderful blend of American soul and 60s UK girl pop – arranged beautifully by maestro Johnny Harris, who was easily one of the most soulful studio talents on the UK scene of the time. There's strong echoes of Detroit and New York soul in the record, but the sound is almost more majestic too – pushed strongly forward with some great backings over Northern soul rhythms – in ways that probably give the vocals even more support than they might have gotten in the US. Titles include the classic "Nothing But A Heartache" – plus "Stay", "Need Your Loving", "Momma I'm Coming Home", "Love Is A Sad Song", and "How Can You Tell Me?"  © 1996-2023, Dusty Groove, Inc.
(Great pressing, remastered from the original tapes, in a flipback cover, and with a bonus insert of notes!)