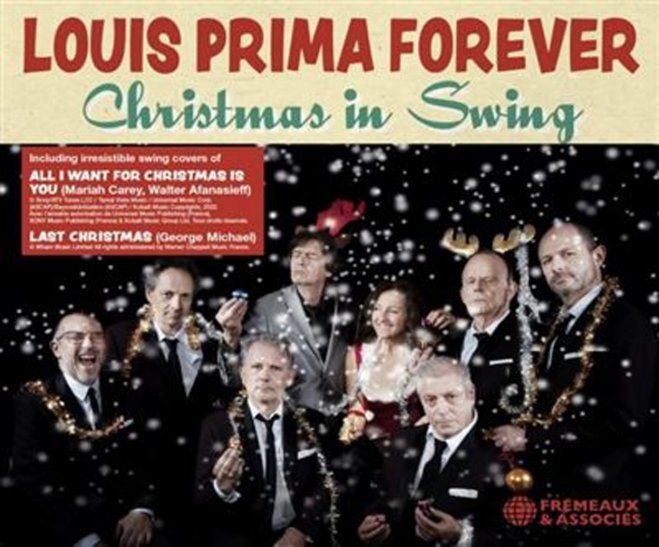 Louis Prima's not in the group, but this cool French ensemble have taken plenty of inspiration from his music – which they use to turn out a wonderfully groovy set of Christmas songs on this album! Tunes are both old and recent – Holiday classics mixed with 90s pop crossover cuts – yet all of them get a romping, hard-swinging style that mixes the vocals of singers Pauline Atlan and Patrick Bacqueville with small combo arrangements led by trumpeter Michel Bonnet – all in a style that has plenty of echoes of the Capitol Records sound of Prima at his best! Titles include "Jingle Bell Rock", "All I Want For Christmas Is You", "Petit Papa Noel", "The Christmas Song", "I Hate Christmas Time", "Zat You Santa Claus", "Last Christmas", and "Let It Snow".  © 1996-2022, Dusty Groove, Inc.