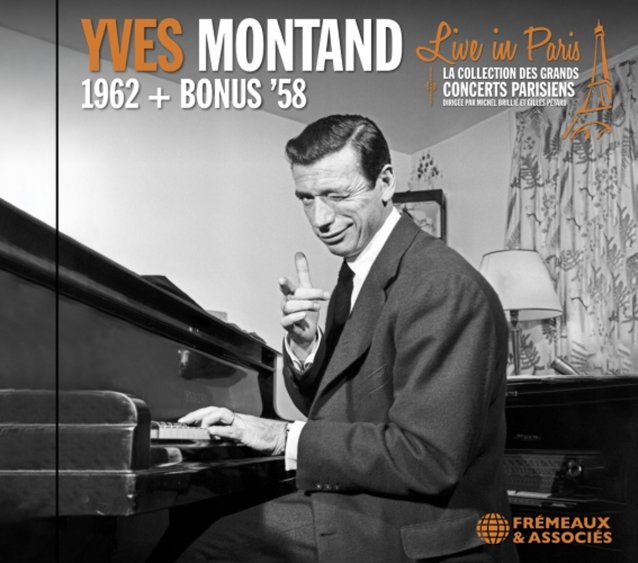 The charms of Yves Montand come through strongly in the image on the cover – and they definitely come through strongly in the performance on the album – a well-recorded 1962 concert that has Montand's vocals backed with a bit of piano, guitar, and accordion – nicely intimate, but very groovy too! There's a really personal vibe to the performance – with some spoken bits by Yves, rolled in nicely with his vocalizations – on the sort of songs that bristle with wit, and easily made him one of the top singers on the Paris scene during the postwar years! The set mostly features a concert from 1962, with a few bonus tracks from 1958 – and titles include "Le Jazz Et La Java", "Je Vais A Pied", "Les Saltimbanques", "Fumer Le Cigare", "Un Demoiselle Sur Une Balancoire", "Luna Park", "Cherche La Rose", and "Sir Godfrey".  © 1996-2022, Dusty Groove, Inc.

Made In France – France Gall's Baby Pop
Philips/RPM (UK), Mid 60s. New Copy
CD...$16.99 22.99 (CD...$11.99)
Incredibly groovy work from France Gall – easily one of our favorite French singers of the 60s! France has a sound that's really unique – one that comes from the Frenchified pop of the "yeh yeh" generation, but which really packs a lot more punch than her contemporaries ... CD