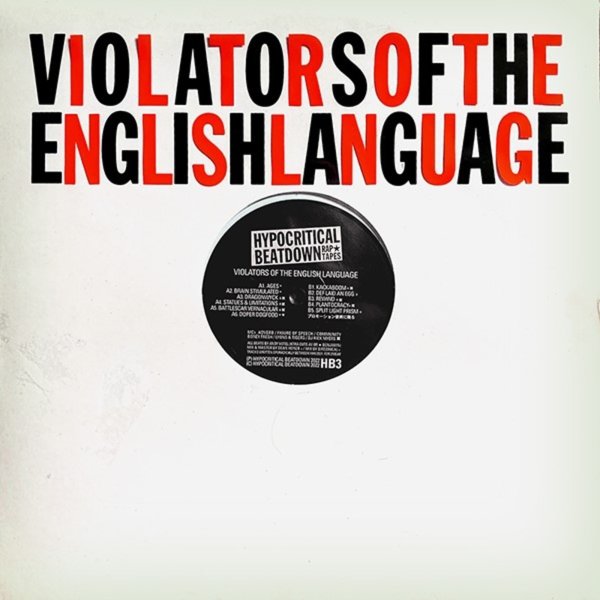 Violators Of The English Language

A heady little project that's a great showcase for the sonic trickery of Andy Votel – an artist known both for his copious knowledge of rare records, and his talents in the studio – both of which come into play here! With Votel on the mix, you'll definitely hear plenty of unusual sounds from a variety of sources – topped with rhymes from MCs who include Adverb, Figure Of Speech, Boney Fresh, and Community – alongside some DJ work by Rick Myers. Titles include "Def Laid An Egg", "Battlescar Vernacular", "Dragonwyck", "Brain Stimulated", "Ages", "Rewind", "Plantocracy", and "Split Light Prism".  © 1996-2023, Dusty Groove, Inc.