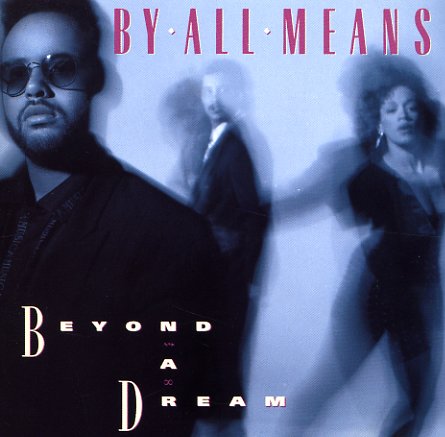 Also available
By All Means — Beyond A Dream ... CD 12.99
By All Means kick off this set with a cover of Marvin Gaye's classic "Let's Get It On" – but they also announce their special sound right from the very first note too – a laidback groove that's in that perfect late 80s mellow soul mode, with just a hint of new jack elements in some of the gentle rhythms! There's a nice sense of class to the whole set – slow-stepping sounds that really bring back a time when soul music was awash in more sophisticated modes – as you'll hear on cuts that include "Early Fall", "Stay With Me Tonight", "Point Of View", "I'd Rather Be Lonely", "Do You Remember", "The More You Give The More You Get", and their cover of "Let's Get It On".  © 1996-2023, Dusty Groove, Inc.
(Out of print.)