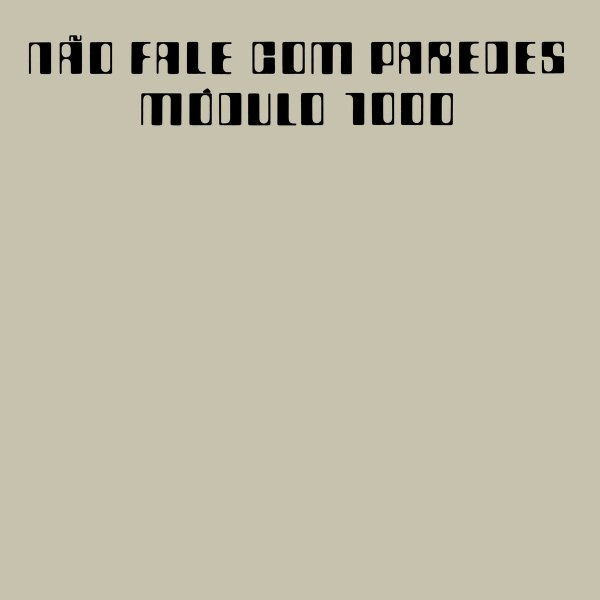 Also available
Modulo 1000 — Nao Fale Com Paredes (with bonus tracks) ... CD 11.99
A record with a very plain cover, but one that contains some of the most searing guitar work of the early 70s – the one and only album by a short-lived group from Brazil – one who mix Sabbath-style hard rock with some more experimental modes – all at a level that's completely unlike anything we can think of from the time! There's some really offbeat production twists that almost seem to be learned from the Tropicalia generation – although the music here is much more straightforward, and delivered with familiar guitar, organ, bass, and drums – familiar instruments that, as in the hands of some of the giants of the time, take on raw power and sounds of their own when pushed to their limits! Lyrics are all in Portuguese, but that hardly matters, given the instrumental intensity of the set – which includes the titles "Turpe Est Sine Crine Caput", "Nao Fale Com Paredes", "Metro Mental", "Animaia", and "Espelho".  © 1996-2023, Dusty Groove, Inc.
(In a triple gatefold textured sleeve!)

Exile On Main Street (180 gram pressing – half speed master)
Universal, 1972. New Copy 2LP Gatefold
LP...$36.99 39.99 (LP...$44.99)
The Rolling Stones at their rawest, most shambling, sleazy and brilliant – the epic, unimpeachable Exile On Main Street! What can we say about one of the most iconic LPs of all time other than chime in with our agreement that it's one of the greatest rock albums ever! Big choruses come and ... LP, Vinyl record album

Violent Femmes (180 gram pressing)
Slash/Craft, 1982. New Copy (reissue)
LP...$26.99 28.99
A surprising classic from the early 80s underground – a record that came to the world from the scene in Milwaukee, where neither the group nor the rest of the world would have expected the album to have such staying power over the decades! And yet, from the very first needle drop, it's hard ... LP, Vinyl record album