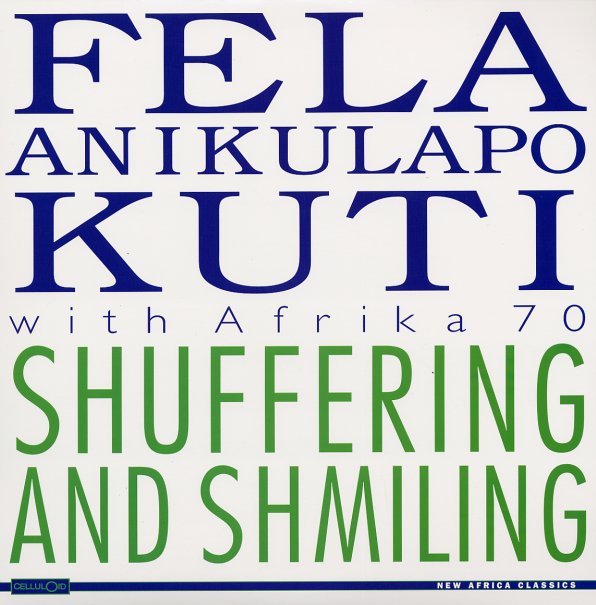 The US issue of "Shuffering & Shmiling" – a fierce attack on religion, and one of Fela's best grooves from the 70s! The track's presented here in both vocal and instrumental versions – each of which runs for over 12 minutes long – in a skipping Afro Funk groove that's gently subdued on the vocal passages, but breaks out nicely with some excellent bits on the instrumental side! There's some wonderful electric piano solo work on the cut – floating out in a cool spacey mode – as well as a soulful trumpet solo from Tunde Williams, one that leads the rest of the horn section along nicely!  © 1996-2020, Dusty Groove, Inc.
(Original US pressing with Hub etch. Vinyl has just a few light sleeve marks. Cover has light wear, aging, and very minor stains.)