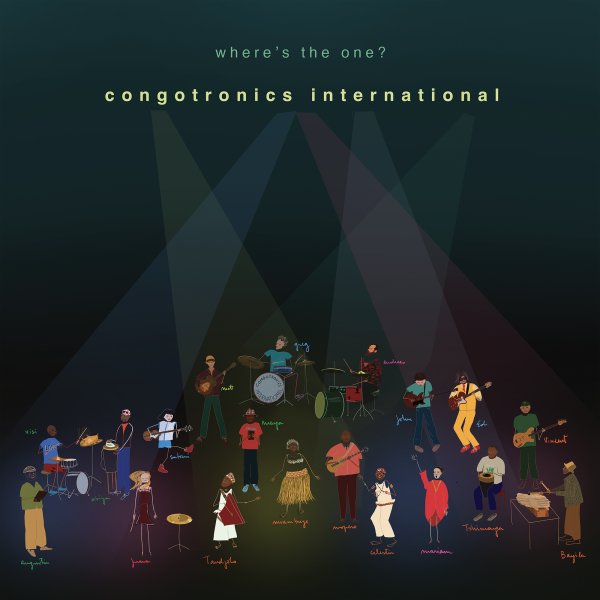 A set that really pushes the Congotronics world a lot farther than before – as the record features a supergroup that includes previous artists in the project, both Konono No 1 and Kasai All Stars – working here with extra help from Deerhoof, Juana Molina, and Wildbirds & Peacedrums – all to comprise a massive lineup that makes for a really magical sound! There's still plenty of the electrified percussion we love in earlier Congotronics projects, but there's also a lot more going on – plenty of acoustic percussion next to work on guitar – all with a vibe that's surprisingly rootsy at most moments. Recordings were done over a number of years, in a number of spaces, but the record's got a wonderfully unified vibe – on titles that include "Tandjolo's Greetings", "Mama's Way/Above The Tree Line", "Even The Boa Can't Swallow A Viper", "On The Road", "Kabongo Celste", "Banza Banzas", "Bombo & Sifflets", "Tita Tita", and "Super Duper Rescue Allstars".  © 1996-2022, Dusty Groove, Inc.
(Includes download.)