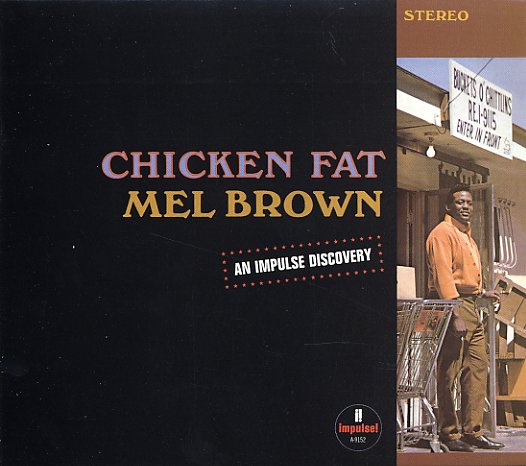 One of the funkiest records ever recorded for Impulse – and the debut set by guitarist Mel Brown! Mel has a really down-and-dirty style that's quite unusual for the label at the time – a rootsy approach to guitar that's steeped in equal parts jazz, soul, and R&B – and which comes across with a raw power and tasty feel that's perfectly summed up by titles like "Chicken Fat", "Greasy Spoon", "Home James", "Slalom", and "Shanty"! The album features some rare organ work by Gerald Wiggins, drums by Paul Humphrey, and outta-site soul arrangements by Oliver Nelson on a few tracks – but through the whole thing, Brown's the main focus – laying down some deeply funky work on guitar!  © 1996-2023, Dusty Groove, Inc.