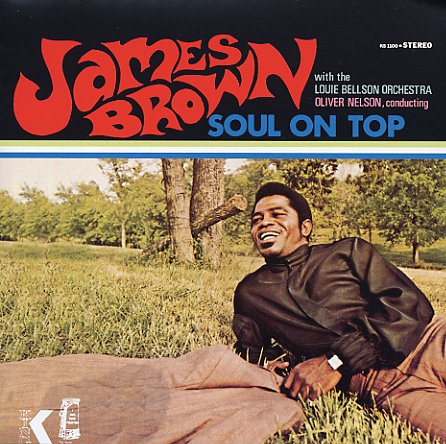 A different James Brown album – but a nice one! James doesn't sing soul, so much as jazz – in front of large backings by Louis Bellson, with arrangements by Oliver Nelson that are in his best 60s soul mode – and which give the album a very very groovy feel overall! The record's not funky, but James' vocals are plenty darn soulful – and the album is proof that he could be a huge talent in just about any mode that he chose – shining with a brilliance that was irrepressible! James covers a few of his older tracks on the album, and sings a few other pop standards – and titles include nice versions of "It's Magic", "The Man In The Glass", "Papa's Got A Brand New Bag", "That's My Desire", and "I Need Your Key (To Turn Me On)".  © 1996-2023, Dusty Groove, Inc.

Sounds Like The Flirtations (180 gram pressing)
Deram/Universal (UK), 1969. New Copy (reissue)
LP...$39.99 42.99
Killer work from The Flirtations – originally an American group, but one who made a hip step to the UK in the mid 60s – where they began backing a lot of big artists, and also recorded this rare gem on their own! The sound is a wonderful blend of American soul and 60s UK girl pop ... LP, Vinyl record album

It's My Thing (expanded edition)
King/Soul Brother/Passion (UK), Late 60s. New Copy 2LP (reissue)
LP...$26.99 36.99
A wonderfully expanded version of this classic of funky funky female soul! Marva Whitney was one of the greatest singers in the James Brown stable of stars during the late 60s – and she sang with a hard raw style worth of The Godfather himself! Brother James produced and wrote a good part ... LP, Vinyl record album