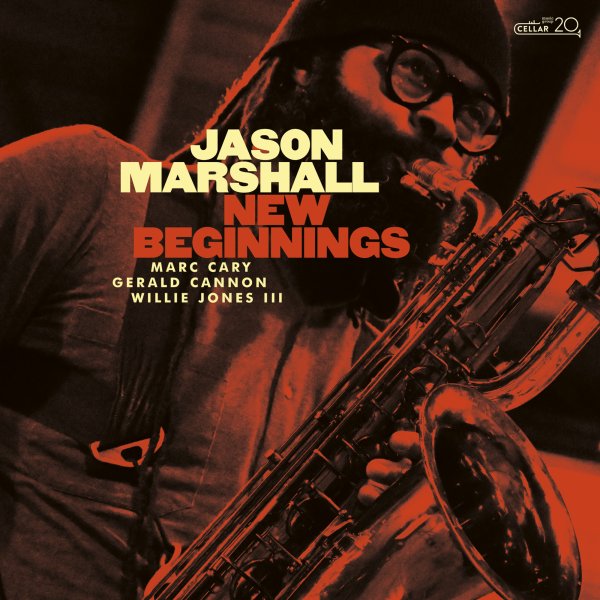 Baritone saxophonist Jason Marshall really sounds wonderful here – grabbing not just the rich sounds that his instrument has traditionally had in jazz, but maybe echoing other instrumental modes at times too, given his ability to mix a raw edge with a warmer tone! The set's a great showcase for the talents of this under-recognized player – an album that bristles with fresh tones and individuality right from the start – with superb backing from a combo that features Marc Cary on piano, Gerald Cannon on bass, and Willie Jones on drums. The whole thing was beautifully recorded at the Van Gelder studios – and titles include "Ms Garvey Ms Garvey", "Black Orpheus", "Airegin", "Peggy's Blue Skylight", "Fallen Feathers", and "Recordame".  © 1996-2023, Dusty Groove, Inc.