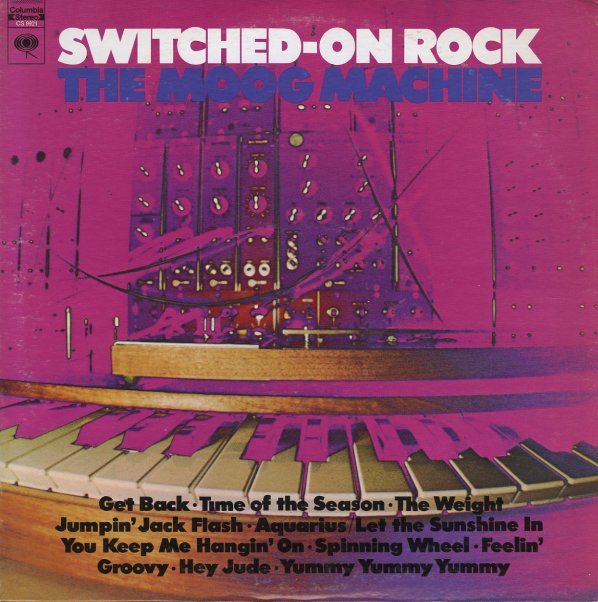 Acid rocky moogy stuff! The record's one of those "let's do a lot of pop covers on the moog" – and it features moogy updates of 60's tunes like "Get Back", "Jumpin' Jack Flash", "Feelin' Groovy", "Yummy Yummy Yummy", and "Time of the Season", which sounds the best of all the tracks. Russ Barnard put the whole thing together, and it's got a very groovy sound!  © 1996-2020, Dusty Groove, Inc.
(360 Sound stereo pressing. Cover has staining on the back and light wear.)