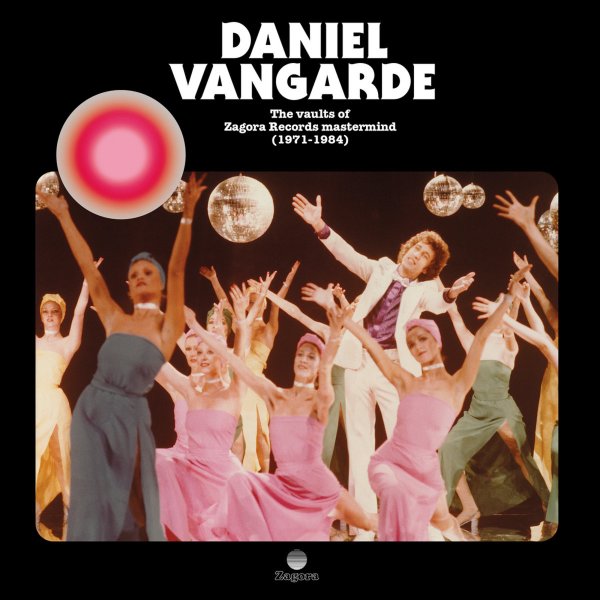 Daniel Vangarde – The Vaults of Zagora Records Mastermind 1971 to 1984

Also available
Various — Daniel Vangarde – The Vaults of Zagora Records Mastermind 1971 to 1984 ... CD 13.99
Really cool cuts from the French club scene of the 70s – a weird and wonderful assortment of sounds that all came from producer Daniel Vangarde and his Zagora Record label – a place where all sorts of criss-crossing styles could work together in a really wonderful way! Some moments have cool moogy electronics, others take off from funky French soundtrack productions, and others echo the currents of soul and global music that was getting a chance to try something new in the French studios – clearly given plenty of the right inspiration from Vangarde himself! Most of these cuts never got release in the US, and the selection of tracks is wonderful – a very fresh take on territory we thought we knew already – on selections that include "Midemman (Theme Midem 74)" by The Lovelets, "Dancin Machine" by Who's Who", "I'm Looking For Jeremy" by Soul Iberica Band, "Laugh" by La Boca, "Voyager II (12" version)" by Starbow, "Moog Jealousy" by The Electronic System, "Des Que T'As Dit Disco T'As Tout Dit (ext)" by Rocky & Vandella, "Kono Samourai" by Yamasuki, "Greek Girls" by The Great Disco Bouzuki Band, "Let Me Love You Tonight" by Vicky Edimo, "Come To America (disco inst)" by Gibson Brothers, "La Nuit Des Requins" by La Compagnie Creole, "AIE (A Mwana)" by Black Blood, and "La Poursuite" by Daniel Vangarde himself.  © 1996-2023, Dusty Groove, Inc.