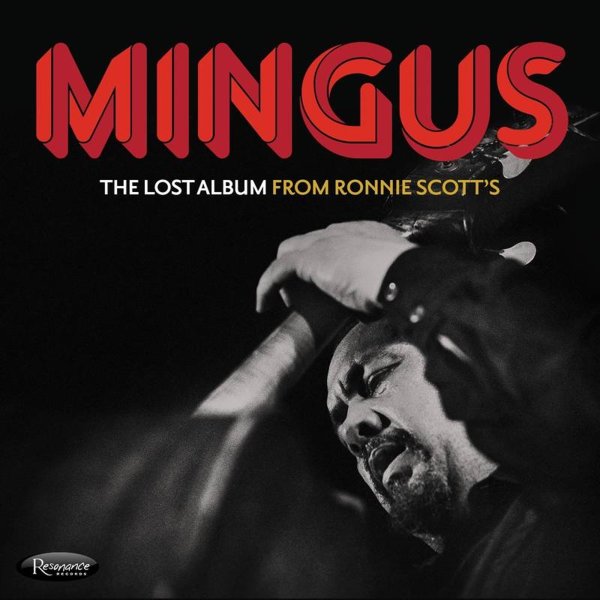 Also available
Charles Mingus — Noddin Ya Head – The Lost Album From Ronnie Scott's (3CD set) ... CD 27.99
Fantastic lost work from Charles Mingus, from a very under-recorded time in his life – the same period in which he gave the world the seminal album Let My Children Hear Music! The setting's a live one – and as on some of Mingus' superb 60s concert sessions, there's a force and fire here that really surpasses the group's energy in the studio – long tracks that are filled with brilliant solo work, and handled by a sextet that includes Bobby Jones on tenor, Charles McPherson on alto, Jon Faddis on trumpet, John Foster on piano, and Roy Brooks on drums – a group with just the kind of young, imaginative horn players that Mingus always used to create a special sort of fire. Titles include the 19 minute "The Man Who Never Sleeps", the 30 minute "Mind Readers Convention In Milano", a 25 minute version of "Orange Was The Color Of Her Dress", and a 20 minute take on "Noddin Ya Head Blue" – plus a 35 minute jam on "Fables Of Faubus" and the shorter "Pops".  © 1996-2023, Dusty Groove, Inc.

East Coasting (Japanese pressing – with bonus tracks)
Bethlehem/Toshiba (Japan), 1957. Used
CD...$9.99 (LP...$26.99)
One of Charles Mingus' excellent albums for the Bethlehem label – recorded during that magical year of 1957, a real turning point in his career! There's a sharpness here to Mingus' musical vision that hadn't shown up in previous years – a refinement of ideas expressed for Savoy and ... CD

Charles Mingus Presents Charles Mingus
Candid (UK), 1960. Used
CD...$4.99 (CD...$12.99)
The title's an apt one, because after frustrations experienced working for Columbia and other labels, Mingus is finally allowed the freedom here to present his own ideas in all their unfettered glory – working with a bracingly tight quartet that features Eric Dolphy on alto and bass clarinet ... CD

Gene Harris & The Three Sounds Groovin' Hard - Live At The Penthouse 1964 to 1968
Resonance, Mid 60s. Used
CD...$12.99
Rare live work from the legendary Three Sounds trio – tracks recorded at a small jazz club in Seattle, at a time when the group were turning out their classic albums on Blue Note and Verve! There's a looser, more laidback vibe to some of these cuts than those studio records – and Gene ... CD