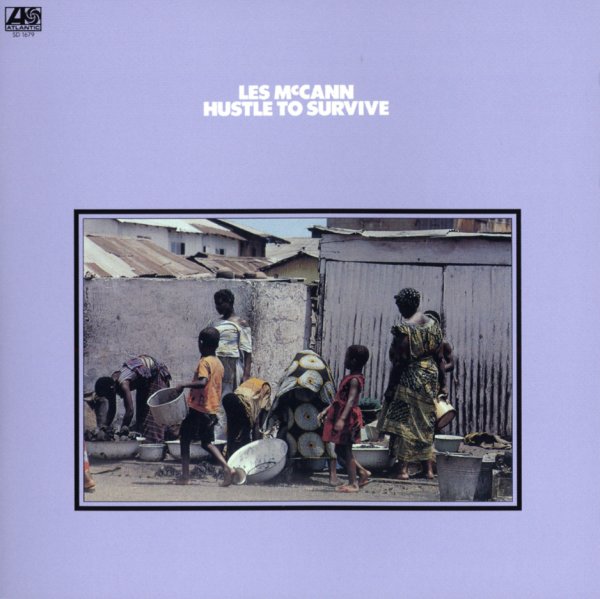 Sweet funky soul from Les McCann – one of the best of his 70s albums that bring in a lot of vocals with the keyboards – and served up in some tight tunes that really pack a nice sort of punch! The album doesn't have the long jammers of some of McCann's other records from the time – but the shift to shorter, focused tunes is a nice one – thanks to Bert De Coteaux, who keeps things carefully poised to bring out all the best in Les' talents – even his vocals, which seem to sound even more moving on the mellow cuts here than the more upbeat and righteous ones! McCann plays a range of different keyboards – including Fender Rhodes – and the CD's got two great instrumental cuts, "Us" and "Butterflies" – plus the tracks "Well Cuss My Daddy", "Why Is Now", "Changing Seasons", "Says Who Says What", and "Let Your Learning Be Your Eyes".  © 1996-2020, Dusty Groove, Inc.
(Cover has light wear, a cutout hole, and a trace of a price sticker.)

Bucket O' Grease
Limelight, Late 60s. Near Mint-
LP...$14.99
A killer little set from Les McCann – one of his greatest records of the 60s, thanks to a fair bit of Latin Soul influences! The album's got a groove that's much grittier than Les' other work – a solid, soulful emphasis on bottom rhythms – which are mostly in a boogaloo and shing- ... LP, Vinyl record album