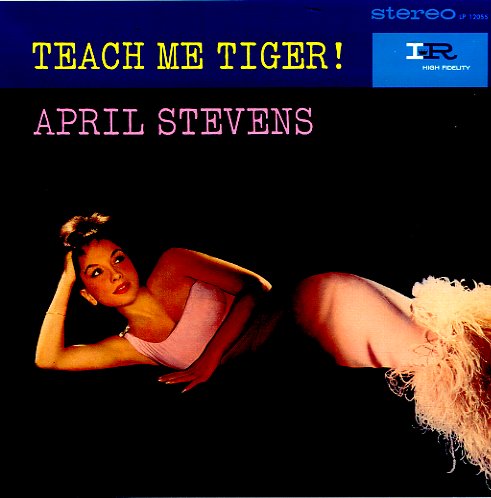 Breathy brilliance from April Stevens – the sexy west coast singer who made some really wonderful records in the 50s! At some level, April was a bit like Julie London – in that she sang in a laidback, seductive tone that was quite risque at times – but she was also a bit more pop than jazz, and was always up for a catchy arrangement or a slight production gimmick to really help send over a tune! The title track was a hit single, but the whole album's great – and titles include "I'm In Love Again", "Do It Again", "Teach Me Tiger", "That's My Name", "When My Baby Smiles At Me", "I Want A Lip", and "In Other Words".  © 1996-2023, Dusty Groove, Inc.