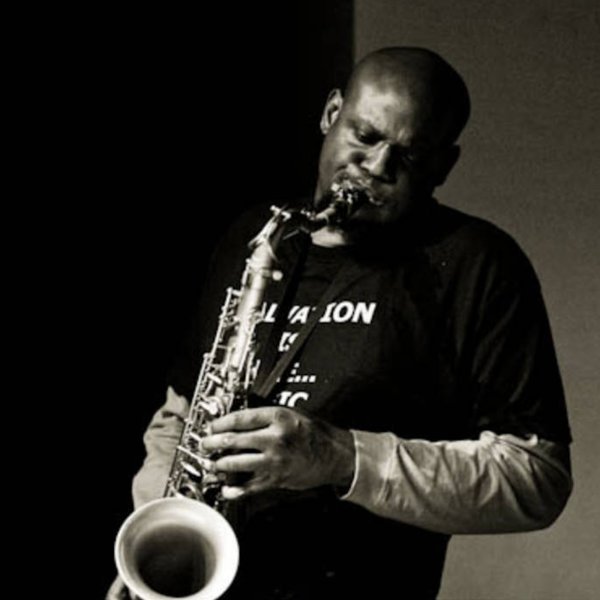 We're not sure why David Boykin couldn't name the club for this performance – as the set's every bit as great as his other live recordings in other venues, and is a testament to the continuing development of this underground saxophone giant of the 21st century! The group is a quartet, with Jim Baker on piano, Alex Wing on bass, and Isaiah Spencer on drums – and at points, Baker's presence on the record is as strong as the raspy tenor of Boykin – even on one track where David vocalizes a bit too. Titles include "Despair", "Big & Fine", and "Fantasy Island".  © 1996-2022, Dusty Groove, Inc.
(CDR release – direct from the artist!)

Monkey Pox EP
Sonic Healing Ministries, 2022. New Copy
CD...$6.99
An unusual side-project from David Boykin – not a jazz record, as his other releases, but a hip hop track that answers the threat of monkey pox with some rhymes delivered by Dark Mery! The first take on the track has some very old school beats – making the whole thing feel like an ... CD

Space Garden Mission – Live In Concert At The Velvet Lounge
Sonic Healing Ministries, 2016. New Copy
CD...$6.99
Saxophonist David Boykin never fails to blow us away – but this time around, his music seems even deeper and more ambitious than ever – as he works with his Expanse group on three long tracks that have a very spiritual mix of ensemble moments and improvised individual actions! The ... CD