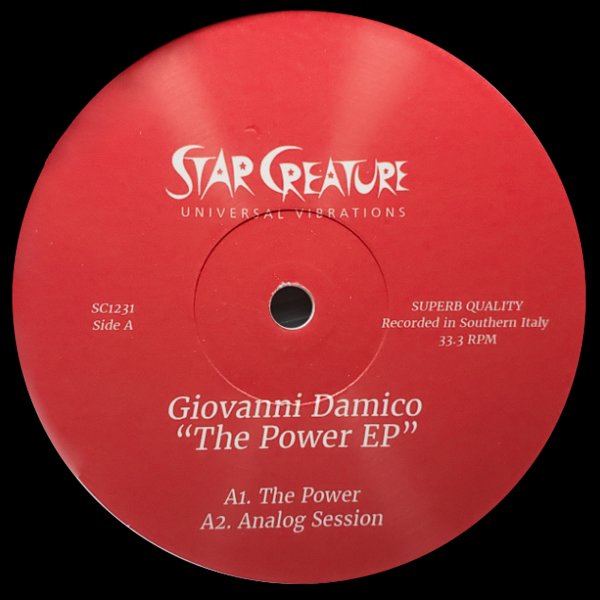 There's plenty of power here – as Giovanni Damico seems to channel an old school analog sense of electricity in his music – sometimes evoking the pulsating club of Giorgio Moroder in the late 70s, sometimes the starker acid modes of the Chicago scene in the 80s – always with a rhythmic quality that keeps things moving throughout! The album's just a 5 track EP, but it's got the punch of a much deeper record – and Damico's a master of the spacey keys on every single track – titles that include "The Power", "Analog Session", "Fashion Tape", "Out Of Control", and "Mobast".  © 1996-2023, Dusty Groove, Inc.
(Heavy white vinyl pressing!)