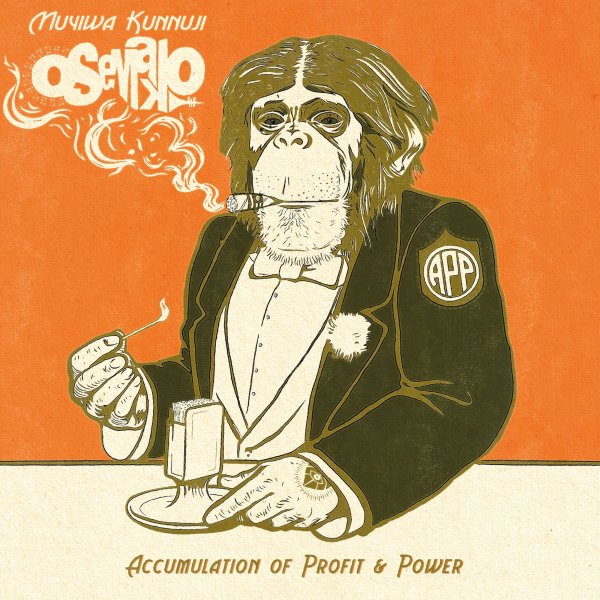 Also available
Muyiwa Kunnuji & Osemako — APP – Accumulation Of Profit & Power ... LP 26.99
Muyiwa Kunnuji played trumpet with Fela Kuti back in the day, and he definitely references Fela's legacy with the politics in the title of the set – yet his approach here is nicely his own, and a really fresh vision of the legacy of older Afro Funk! There's still plenty of the long tracks with rumbling grooves that you'd hear from back in the day – but things are maybe tighter overall, and definitely have more of a focus on Kunnuji's trumpet solos, which are occasionally peppered with some vocals too – all sewn together with maybe an ear for a wider range of West African styles too! Titles include "Bro Hugh", "Meeting Point", "Sanitize Your Heart", "Giant Of Africa", "Recipe Of Death", and "Oshelu".  © 1996-2023, Dusty Groove, Inc.

Saigon Supersound Vol 3 – 1965 to 1975
Saigon Supersound, Late 60s/Early 70s. New Copy
CD...$16.99 19.99
Really fantastic work from a scene that interacted briefly with our culture during the Vietnam war – yet still managed to hold on to a groove that was very much its own! This isn't the sound of American rock blaring out of a transistor radio in some fiction film about the war – and ... CD

Dakila
CBS/Guerssen (Spain), 1972. New Copy
CD...$17.99 19.99 (LP...$30.99)
A near-lost musical treasure from the cultural crossroads of the Bay Area scene in the early 70s – work by a Filipino American group who were big on the scene – and who have a mix of rock, jazz, and Latin elements that's not unlike some of their bigger San Francisco contemporaries! The ... CD

Mabanzo
Strut (UK), 2022. New Copy
CD...$13.99 14.99
The solo debut of Juanita Euka, a singer you might know for her fantastic contributions to the London Afrobeat Collective and other groups – yet clearly an artist waiting to shine in the spotlight on her own! Euka is Congolese, but raised in Argentina – and given her recent work on the ... CD

Mogadishu's Finest – The Al-Uruba Sessions
Ostinato (UK), Mid 80s. New Copy
CD...$16.99 19.99 (LP...$24.99)
Timeless sounds from this legendary group – a Somalian combo who issued all this music only on cassette back in the 80s, and who finally get a proper presentation in a much more durable format! The music is at once ancient and contemporary – with plenty of echoes of older East African ... CD