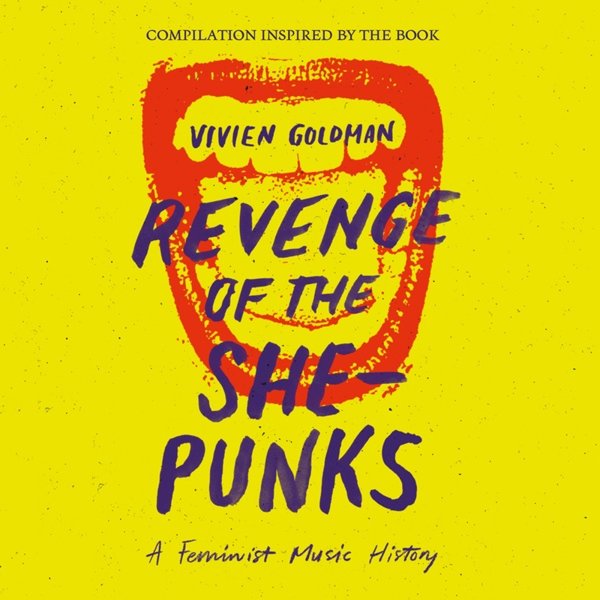 A great collection of material that showcases the contributions of female artists in the underground, from the punk years onward – all put together by author Vivien Goldman, who was a big part of that underground at the time! Vivien was partly an artist, but mostly a music journalist – and had ties with many different groups and singers on the UK scene – a good number of whom are included here, alongside American acts, both big and small – in a wonderful collection that's designed to accompany her book of the same name! There's been other sets like this before, but this may well be one of the best we've ever seen – as it features a massive 28 tracks in all, with work from Cherry Vanilla, Crass, Fertil Miseria, The Bags, X Ray Spex, Zuby Nehty, Mo-Dettes, The Selecter, Patti Smith, Tribe 8, Skinny Girl Diet, Big Joanie, Malaria, The Slits, Bush Tetras, Grace Jones, Tanya Stephens, Au Pairs, Neneh Cherry, Sleater Kinney, and even Goldman herself.  © 1996-2023, Dusty Groove, Inc.

Sean O'Hagan Presents The Sunshine World Of Louis Philippe
Tapete (Germany), Late 90s/2000s. New Copy
LP...$27.99 29.99 (CD...$17.99)
A great introduction to the music of a criminally neglected figure in British Pop music – the wonderful Louis Philippe, an artist whose sound was always a bridge between the sunshine pop of the 60s and the smart singer/songwriter sounds of the later British scene! The High Llamas' Sean O'Haga ... LP, Vinyl record album