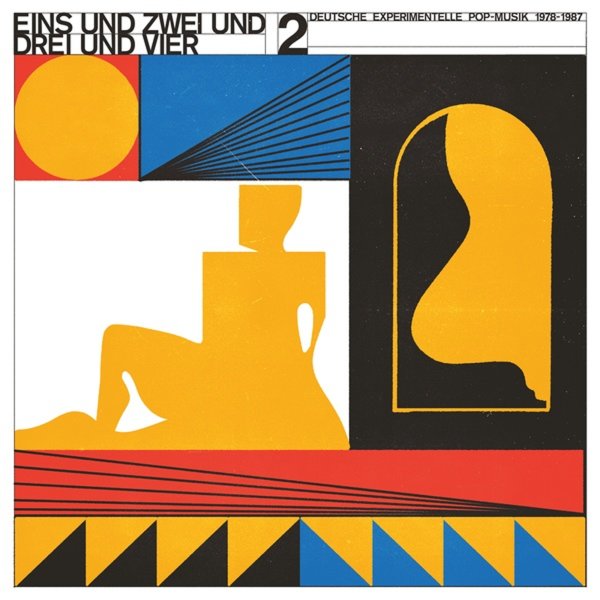 Also available
Various — Eins Und Zwei Und Drei Und Vier Vol 2 – Deutsche Experimentelle Pop Musik 1978 to 1987 ... LP 36.99
An even deeper dig into the world of the German underground than the first volume of this series – a set that moves way past some of the bigger cuts of the underground, to pull together a whole host of little gems that we might not have heard otherwise! Some of the cuts here are from rare cassette-only releases or 7" singles – and together, they show just how far some of the more groundbreaking artists on the German scene were going at the time – moving past both the catchy electro pop and cold wave styles of the UK scene, and often using their longer legacy with electronics to really create some great adventures in sound! Many of these cuts also benefit from the use of German language lyrics, which seem perfect for the spirit of the music – and even when dark, things are still pretty tuneful too – as you'll hear on tracks that include "Dream Machine" by Phantom Band, The Wisp" by Notorische Reflexe, "Noch Lange Nicht" by Sprung Aus Den Wolken, "Television" by The Wirschaftswunder, "Alleewalzer" by Thomas Singer, "Der Mond" by Maria Zerfall, "Pissnelke 2000" by Detlef Diedrichsen, "Aludome" by Alu, "Hope Is The Answer" by Rolf Trostel, "Francis & Friends" by Rudiger Lorenz, "Tanne Tot Samba" by EMP, and "Do The VoPo" by Butzmann/Kapielski.  © 1996-2023, Dusty Groove, Inc.