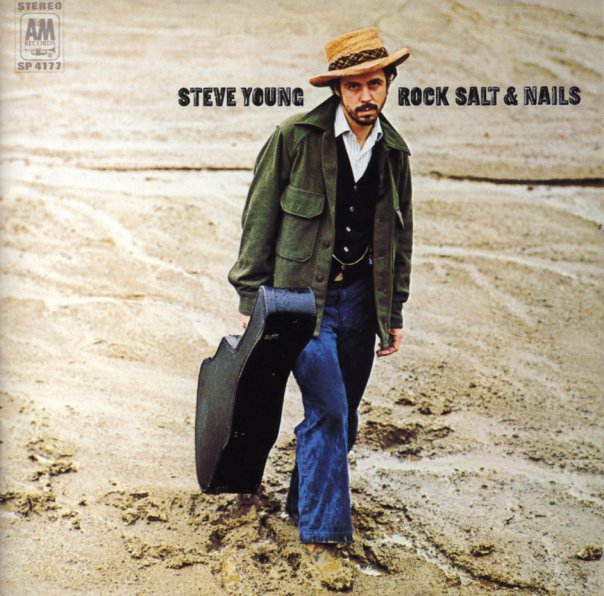 A lost gem on late 60s A&M Records – cut at a time when the label was moving away from its mainstay of dreamy pop, and cutting some really wonderful work in a much rootsier mode! Steve performs his own tunes – as well as work by Pete LaFarge, Hank Williams, and Marvin Rainwater – all in this stripped-down, rootsy mode that reminds us of some of the hipper singer/songwriter sounds of the Tennessee scene in the same period – maybe even a bit like Don Nix. Both Graham Parsons and Gene Clark provide some guest instrumentation amidst the smaller lineup of players behind Young's guitar and vocals – and titles include "That's How Strong My Love Is", "My Sweet Love Ain't Around", "Holler In The Swamp", "Kenny's Song", "7 Bridges Road", "Coyote", and "I'm A One Woman Man".  © 1996-2023, Dusty Groove, Inc.
(On "Rock Salt" colored vinyl!)

Gilded Palace Of Sin
A&M, 1969. New Copy (reissue)
LP...$25.99 27.98
A true late 60s rock masterpiece – and like albums by Love and The Velvet Underground, a set that barely made a mainstream impact at the time – but which has gone on to be the stuff of influence and legend over the decades! The album's the first from Gram Parsons and the group – ... LP, Vinyl record album