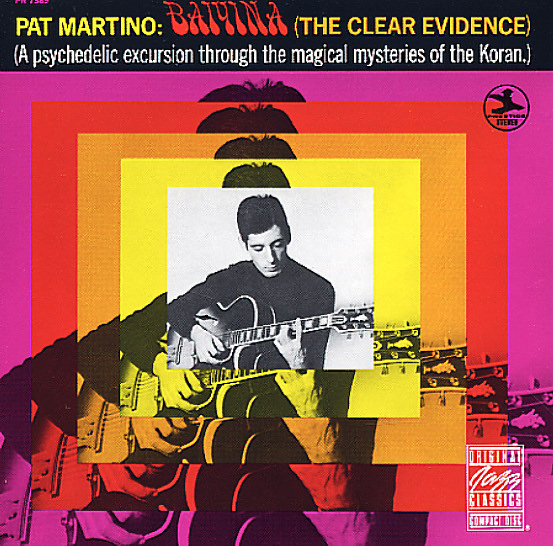 A key moment in the flowering of guitarist Pat Martino – a set that has him really moving away from his soul jazz roots, into a deeper exploration of freer ideas in jazz – touched with a bit of Eastern philosophy! The tracks on the set are all quite long – played by a group that augments Martino with second guitarist Bobby Rose, plus flute and alto from Gregory Herbert, bass from Richard Davis, drums from Charlie Persib, and added tabla and tamboura that really help push the "Eastern" agenda of the set! Martino's solos are still picked out in a clear, clean style – but his phrasing is even more chromatic, and done with a searching quality that befits the album's inspiration from the Koran! Titles include "Distant Land", "Baiyina", and "Where Love's A Grown Up God".  © 1996-2022, Dusty Groove, Inc.

Buhaina
Prestige (UK), 1973. New Copy (reissue)
LP...$14.99 19.99
An amazing album that has Art Blakey completely reinventing himself for the 70s! Blakey shifts from straight hardbop to kind of a modal soul jazz groove, touched with some of the electric playing of the younger jazz generation, but not enough to qualify as fusion or funk. Instead, he's working ... LP, Vinyl record album