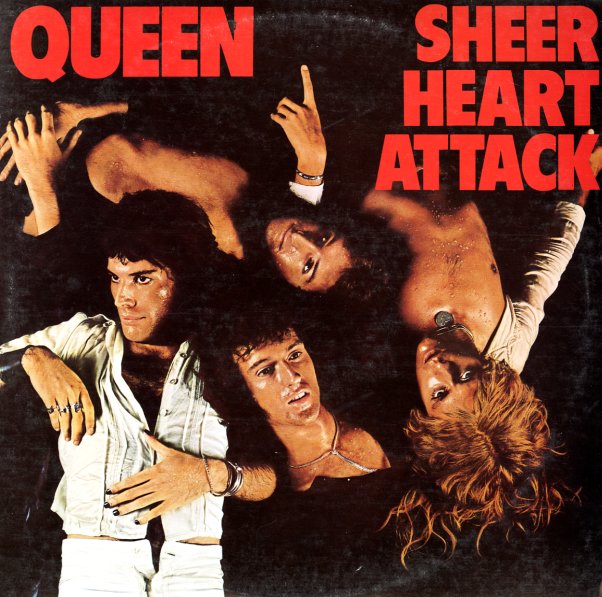 Also available
Queen — Sheer Heart Attack ... LP 24.99
The third album from Queen, and maybe the record that finally had the rest of the world paying attention to their sound – as the set elevates the quartet past any sort of proggish roots, and unleashes the pop power that would come to dominate their music in the 70s! Make no mistake, the instrumentation is still impeccable – yet it's also fused perfectly with an overall sense of production that unifies the whole thing, and which really begins that sense of track to track progression that made their classics so great. The breakout cut on the set is the landmark hit "Killer Queen" – served up alongside other tracks that include "Now I'm Here", "In The Lap Of Gods", "Tenement Funster/Flick Of The Wrist/Lily Of The Valley", "Misfire", "Dear Friends", "Stone Cold Crazy", "She Makes Me", and the reworked version of "Brighton Rock".  © 1996-2023, Dusty Groove, Inc.

Queen (180 gram pressing)
Elektra/Hollywood, 1973. New Copy (reissue)
LP...$24.99 29.99
The start of a legendary run of records from Queen – a set that's maybe not as archetypically the group's work as mid 70s albums to come – but which is still a hell of a way to put themselves out for the rest of the world to hear! The intensity of their musical performance is already ... LP, Vinyl record album