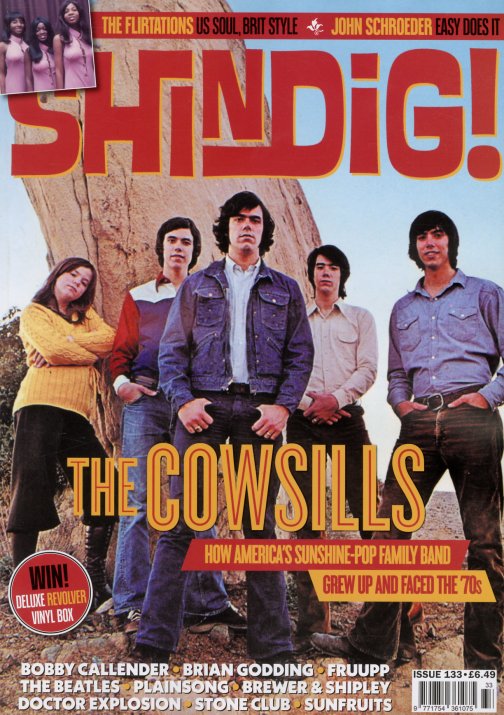 That's Chicago pop gems The Cowsills on the cover – a group who came on jaunty in the 60s, then really found a way to grow up as the 70s approached – with is the theme of the long cover article in this issue! There's also a look at the wonderful UK soul trio The Flirtations, British easy/sound library maestro John Schroeder, and plenty more on Brian Godding, Fruuup, Plainsong, Bobby Callender, and Brewer & Shipley! As always with Shindig, the look and presentation is wonderful – detailed articles balanced with great vintage images – all a delight to read from cover to cover.  © 1996-2023, Dusty Groove, Inc.