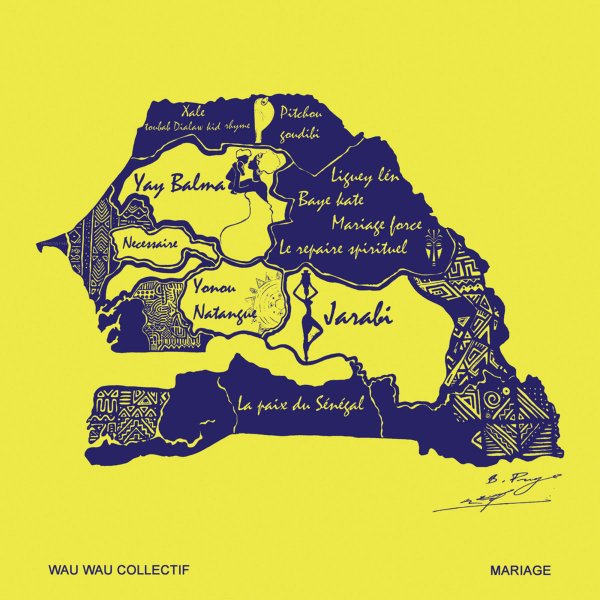 Maybe an even more compelling album than the debut set from Wau Wau Collectif – as this record continues the cultural crossroads of the first, but at a level that feels even more joyous and ambitious! Traditional elements like the balafon and kora are mixed with more contemporary production, sweet keyboards, and lots of great guitar – topped with a shifting array of vocals that really brings a strongly collaborative vibe to the proceedings – maybe the group living up to the collective promised by their name! Titles include "Bayet Kate", "Xale", "Jarabi", "Necessaire", "Yonou Natangue", "Liguey Len", "Thiaroye 1944", "Mariage Force", and "Ya Balma".  © 1996-2022, Dusty Groove, Inc.
(Includes download!)