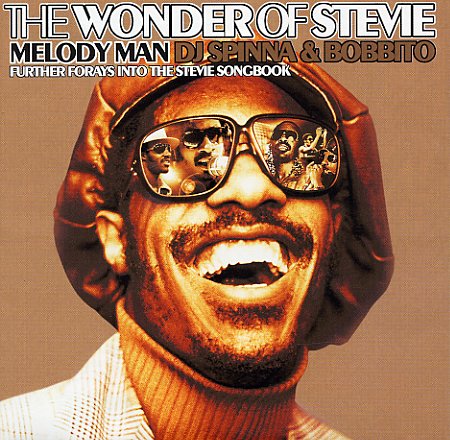 The depth of Stevie Wonder's music knows no bounds – as you'll hear in this joyous celebration of his compositions of the 60s and 70s! The set's the second in Harmless' great Wonder Of Stevie collection – and like the first, it brings together a wealth of older cover versions of Stevie's work – hand-picked by DJ Spinna and Bobbito, with a very soulful feel! The range of tunes is really great – from trippy soul to funky jazz and classic Motown – and the tracks selected have an extra-hip quality, sharing the kind of righteous vibe you'd hear in Spinna and Bobbito's own work! 2LP set features 10 tracks, unmixed – and titles include "Too High" by Joe Farrell, "Bring Your Sweet Stuff Home To Me" by The Pointer Sisters, "Melody Man" by Smokey Robinson, "Signed Sealed Delivered" by Carl Carlton, "Betcha Wouldn't Hurt Me" by Quincy Jones with Patti Austin, "Perfect Angel" by Minnie Riperton, "It's A Shame" by The Spinners, "Let's Get Serious" by Jermaine Jackson, "Loving You Is Sweeter Than Ever" by The Four Tops, and "Tears Of A Clown" by Smokey Robinson & The Miracles.  © 1996-2023, Dusty Groove, Inc.
(Includes inner sleeves.)

Mojo Club Presents Dancefloor Jazz Vol 5 – Sunshine Of Your Love
Motor (Germany), Late 60s/Early 70s. Near Mint- 2LP
LP...$29.99
The 5th genius compilation by the Mojo Club folks, and the one that's got some very cool stuff that's a little bit goofy, but which has a nice groove, and is nice guilty pleasure around here. Examples of this are "Sunshine of Your Love" sung by Ella Fitzgerald, "Season of the ... LP, Vinyl record album

Mojo Club Presents Dancefloor Jazz Volume 11 – Right Now
Universal (Germany), 1960s/1970s. Near Mint- 2LP
LP...$39.99
The Mojo Club posse is at it again – turning out a sublime set of older groovers – a brilliant collection of classic soul, funk, jazz, and Latin cuts! The set's one of the most soulful in the Mojo series, and like the rest, it's filled with obscure gems that you might have passed by ... LP, Vinyl record album