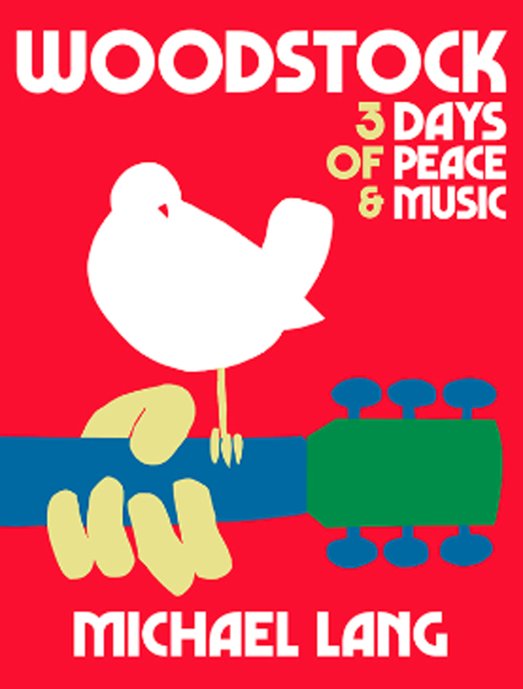 A massive celebration of the legendary Woodstock festival in 1969 – a heavy, oversized book that's filled with rare images from the event, unusual documents and plans for the performances, and all sorts of obscure bits of history and other details! This isn't some cheaply-done trivia book about Woodstock – as the whole thing was done with help from original planner Michael Lang, who provides countless never-seen items from his own archives – mixed with famous and rare photographs of the event by Henry Diltz, and work by other photographers too – in a huge book that follows the planning, the pilgrimage, the performance, and the legacy of the event – in a huge hardcover volume that's almost 300 pages, and full color throughout!  © 1996-2023, Dusty Groove, Inc.

French New Wave – A Revolution In Design (hardcover)
Reel Art (UK), 2019. New Copy
Book...$20.99 59.95
The French new wave – or nouvelle vague – was not just a revolution in cinema, but also in the way that cinema was presented – a new generation of scenes and shots that led to a newly modern level of movie poster too – represented in beautiful ways in this very hefty book! ... Book

Led Zeppelin Vinyl – The Essential Collection (hardcover)
Reel Art, 2021. New Copy
Book...$22.99 59.95
A totally cool book – and one that goes way past the familiar Led Zep images you may know from their classic records of the 70s – as this hefty volume is filled with strange an unusual covers for records that contain music by the band – rare imports, unusual pressings, and a huge ... Book