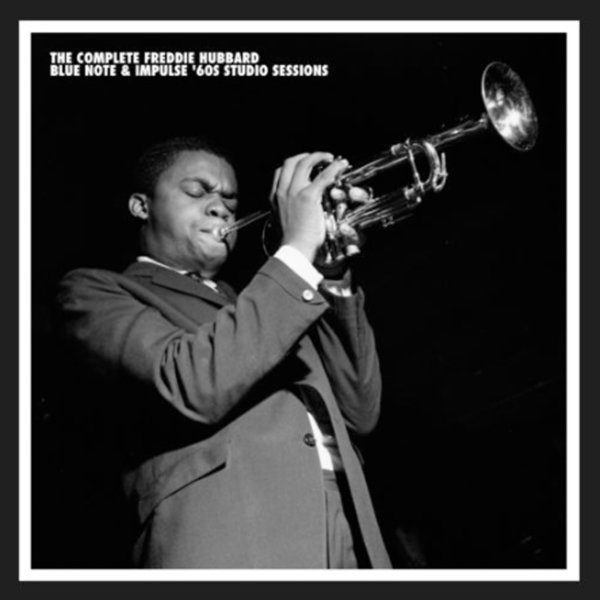 Pivotal work from trumpeter Freddie Hubbard – eleven full albums recorded by the young jazzman as a leader, together showing a really incredible scope of his talents in just a few short years in the studio! The Blue Note albums here already show an incredible evolution – from initial hardbop crackle at the best level of the label, to a slight shift into new thing territory that marks a more experimental side of Freddie's work that would take off later in the 60s. There's also two Impulse Records releases in the package – the completely sublime sextet outing of The Artistry Of Freddie Hubbard – a great date with Curtis Fuller on trombone, Tommy Flanagan on piano, and John Gilmore on tenor – making a rare appearance in the studio away from the Sun Ra Arkestra! The other Impulse album is titled Body & Soul – and has Hubbard amidst a larger group of modernists on most tracks, with these incredible Wayne Shorter arrangements – then in a small group with shorter on tenor and Eric Dolphy on alto and flute. Blue Note albums include Breaking Point, Blue Spirits, Open Sesame, Going Up, Hub Cap, Ready For Freddie, Hub Tones, and Here To Stay – with players who include Tina Brooks, Jimmy Heath, and Wayne Shorter on tenors; McCoy Tyner, Cedar Walton, and Herbie Hancock on pianos; Paul Chambers, Sam Jones, and Reggie Workman on basses; and James Spaulding making a key early appearance on alto and flute. 70 long tracks in all – and a very detailed booklet of notes with rare photos!  © 1996-2022, Dusty Groove, Inc.
(Limited, numbered edition of 5000 copies.)

Four (SHMCD pressing)
Blue Note (Japan), 2022. New Copy
CD...$16.99 24.99
A beautifully straightforward set from guitarist Bill Frisell – one that strips away some of the bigger concepts and shifts in instrumentation of other projects – and instead lets us focus on Bill's basic talents at the core! As you'd guess from the title and cover, the album's a ... CD