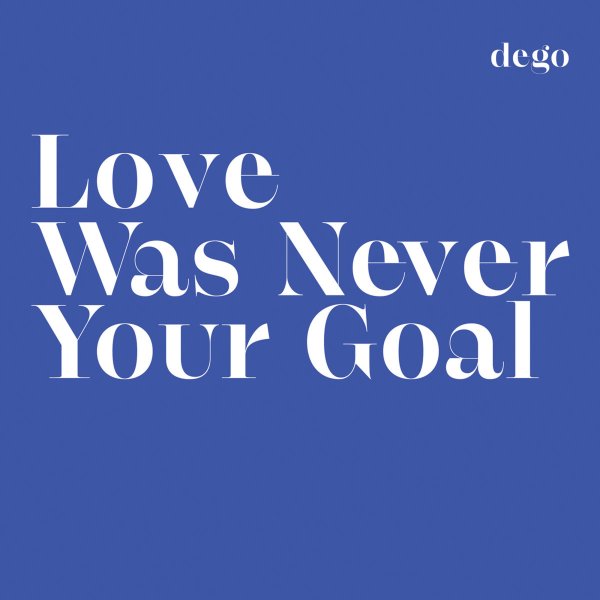 Love Was Never Your Goal

Dego is fantastic here, and maybe more strongly in song-based territory than on recent records – thanks to some really strong vocals from Samii on a fair bit of the album's tracks! The singer really helps to give the music some focus – taking the amazing energy of Dego's beats, basslines, and keyboards – and really helping them soar even more fully to the cosmos with her lyrical touches – a soulful addition that really makes for a wonderful record overall! There's still a few excellent instrumental tracks too – the kind of explorations we've heard on recent 12" releases – and titles include "Catch The Sun", "Don't Stall", "Proxima Centauri", "Warp 7", "Start Again", "Jubilation Light Years Away", "En Route", and "Take Me Away".  © 1996-2023, Dusty Groove, Inc.