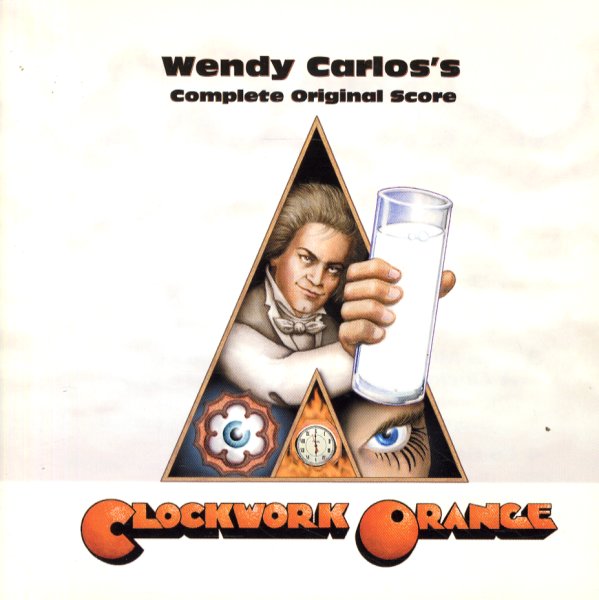 This isn't the official soundtrack for the film, but a separate recording of Carlos' score that was released apart from the original soundtrack album. The LP includes electronic renditions of a few classical pieces – like the "William Tell Overture" and Beethoven's 9th – plus a lot of spooky stuff written by Carlos – including "Timesteps", "Country Lane", and "March From A Clockwork Orange".  © 1996-2023, Dusty Groove, Inc.
(Barcode has a cutout hole.)

Inglourious Basterds
Warner, 2009. Used
CD...$3.99
Director Quentin Tarantino always had an amazing way with a soundtrack – but this collection of music for the film Inglorious Basterds takes things one step further! Before, Tarantino would often use pop songs and familiar numbers amidst crucial scenes in a movie – but here, the music ... CD

Not With My Wife You Don't Vol 2
Warner/Film Score Monthly, 1966. Used
CD...$14.99 19.99
Groovy groovy work from Johnny Williams – a second volume of material for one of his best 60s soundtracks – excellent early work from on the great modern film score composers! The film's a goofy sex romp, as you might expect from the title, and Williams' tunes really keep the spirit of ... CD

John Barry Revisited (Elizabeth Taylor In London/Zulu/Four In The Morning/John Barry Plays 007) (4CD set)
Future Noise (UK), Mid 60s. Used 4 CDs
CD...$14.99 (LP...$9.99)
A totally cool collection of work from the legendary John Barry – a set that features four different albums in LP-styled sleeves, packaged together in a special box! Our favorite record in the set is the Plays 007 record – a brilliant album that not only features some instrumental ... CD

Battle Of Neretva (Southern Cross)
Entracte/Southern Cross, 1970/1975. Used
CD...$6.99
A dramatic score by Herrmann – written for this 1970 film about a key battle in WWII. Herrmann directs the London Philharmonic, and the whole thing's very action-packed – less edgey than some of Bernard's more famous scores, but strongly voiced nonetheless. Titles include "Prelude ... CD